Ever since I can remember, I have always admired triathletes and marvelled at how they are able to do multiple sport disciplines at one time. As someone who is very averse to water, the swim feat intrigued me especially.

I used to wonder how does one overcome the fear of drowning and swim long distances in open water?

Little did I know that one day I will be doing that very same thing.

Two years ago, I started mountain biking and trail running and progressively toyed with the idea of doing an off-road triathlon. I then found out about Xterra, which is the only off-road triathlon in Malaysia amidst a myriad of road-based triathlons.

Xterra sounds like fun and adventure, and most of all, the idea of actually being a triathlete (albeit novice one) was greatly appealing. But then there was the swim bit, which I was still deliberating on.

Be careful what you wish for, as I was offered an opportunity to participate in the Xterra Langkawi Sprint Triathlon in May. The distance I had to cover was a 750m swim, 20km mountain bike ride and 5.5km trail run.

I told myself it is now or never, and with this mantra in mind, I signed up and thus began my triathlon journey.

Naturally, I spent most of the time training for the swim leg. Starting from scratch, I taught myself to swim freestyle through books, articles, YouTube videos and practical advice from triathlete friends. Over three months, I also practiced open water swimming in Putrajaya and Port Dickson through organized group swims.

The month of May arrived sooner than I thought, with the culmination of my triathlon aspirations. My family towed along for the road trip as my support crew, with the lure of the sea and beach at Langkawi and the promise of Berjaya Langkawi Hotel and Beach Resort – the official hotel of the race.

Apart from the flagship Championship triathlon and the Sprint triathlon, there were also trail run races and a fun MTB ride organized over the race weekend.

There was a social atmosphere in the air, as all participants were invited for a complimentary “carbo loading” dinner and we were briefed about the race course and met the Xterra Pros, the creme dela creme off-road triathletes. I looked around the hall and was a little intimidated.

Gosh, I look nothing like these strong, lean and athletic people all around me. Do I really belong here? I had to remind myself that even these amazing athletes have had to start somewhere.

Early in the morning, my bleary-eyed family and I drove to the race site beside The Danna Langkawi resort. I quickly set up my bike and race gear at the transition area, and was amazed by the many items required for a triathlon.

From swim goggles to cycling gloves to race bib belt and gels, everything had to be carefully planned and placed to ensure no time is wasted in the swim-bike and bike-run transitions. After that, I proceeded to the body marking area to get my official ‘entry’ into the world of triathlon.

Fortunately, the forecasted thunderstorm for the day was nowhere to be seen, instead the sky was clear and the sea looked calm with gentle ripples. Some participants from the championship race were already warming up in the low tide water.

The atmosphere on the beach was surprisingly relaxed and almost picnicky with the racers and their family members milling about and enjoying the gorgeous sunrise.

Xterra Malaysia began with the Pros and Elite triathlete flagging off, followed by the other Age-Groupers in the Championship category. An hour later, the Sprint Triathlon category were called to the start line.

This is it, no turning back now, it is onwards to the finish line.

The horn blared and we were off. The first 100m of the swim was a bit rough but I finally got into a comfortable pace after that. However, when I looked up, I realized that I didn’t see the other swimmers.

Despite picking up the pace as I rounded the last buoy, I couldn’t catch up with anyone.

Although I was a little disappointed about emerging from the 750m swim leg second last, I told myself to focus on the goal, which is to finish my first triathlon.

The importance of Brick Training

Continue onto the biking segment on my mountain bike, I was surprised to feel thoroughly exhausted, something I had not expected. This taught me the importance of brick/transition training, of which I obviously had none. Well, too late now. 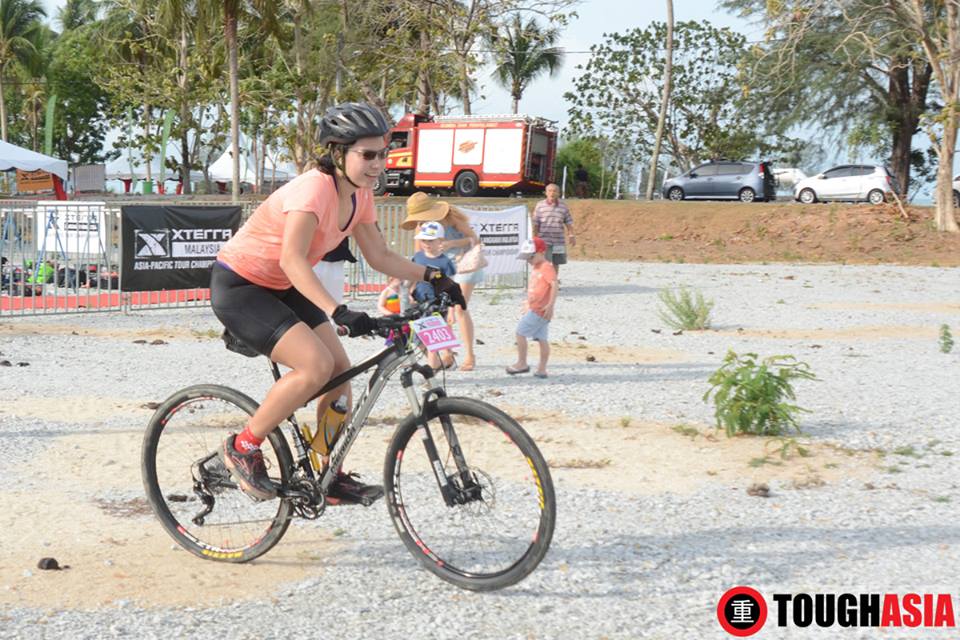 The short 20km mountain bike course with a mere 240m cumulative elevation which would have been relatively easy for me, suddenly became unbearably difficult. Even the lovely, well constructed and fast-flowing single track trails did little to improve my pace.

During one particularly steep climb, I missed a turning but thankfully, a young spectator at a nearby house yelled out this mistake to me and I was duly spared from more pain of getting lost.

My heart was still pounding as I jumped off my bike one and a half hours later at Transition 2 for the run.

When the going gets tough…

Only 5.5km to go, walk if you must, I told myself. So walk I did for about 2km into the run course.

It didn’t help at all that the first 1km was on sandy beach, followed by another 500m of crossing precariously over sharp, slippery rocks and wading through rising tide.

Eventually, I managed to recover enough energy to jog slowly through the forest trails and at long last, arrived back on the beach for the final run to the finish line.

I was a bit peeved to see from my tracking device that the supposedly 5.5km trail run has expanded to almost 8km.

I was jubilant and feeling victorious as I had completed my first sprint triathlon in 3 hours and 40 minutes.

Hogging the finish line, as I took photos to commemorate this day in history (being almost the last sprint triathlete to arrive has it perks). Now I can hang up my goggles and sleep peacefully!

Humour aside, my triathlon journey has truly been a life-enriching one. It has made me mentally stronger as I overcame my fear of open water swimming and boosted my confidence knowing that I can achieve what I set my mind to do.

Plus, now I can actually swim to save my life! As for the biking and running part, it has taught me that doing three different sport disciplines successively is WAY more challenging than it seems and not to underestimate the importance of transition training. 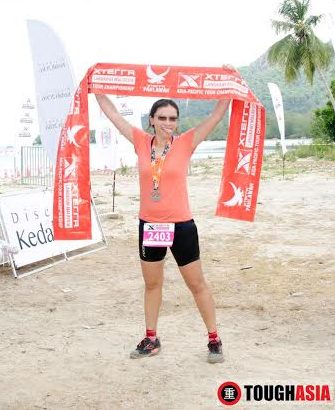 The race results were announced during the Awards Dinner that same day. Lo and behold, I actually won second place in my age group. This is because being a small and exclusive event, there were only two racers in that category.

Nevertheless, I relished that this would be probably the only time I will ever get to stand on a race podium, and an international one to boot. My race performance was not what I had hoped for, but then again a race is nothing without its training journey.

Furthermore, my triathlon training journey has been without a shadow of a doubt, a resounding success! 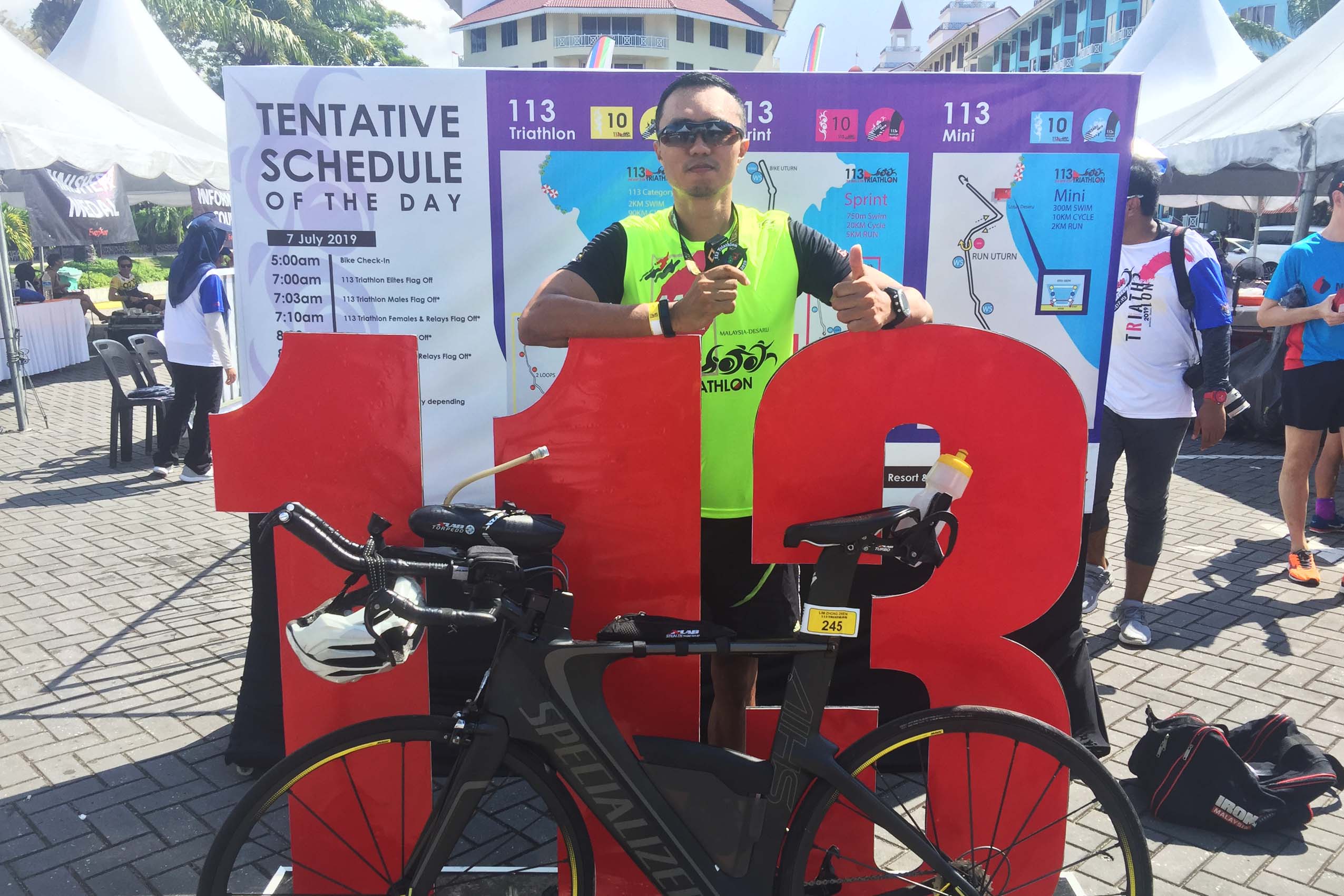 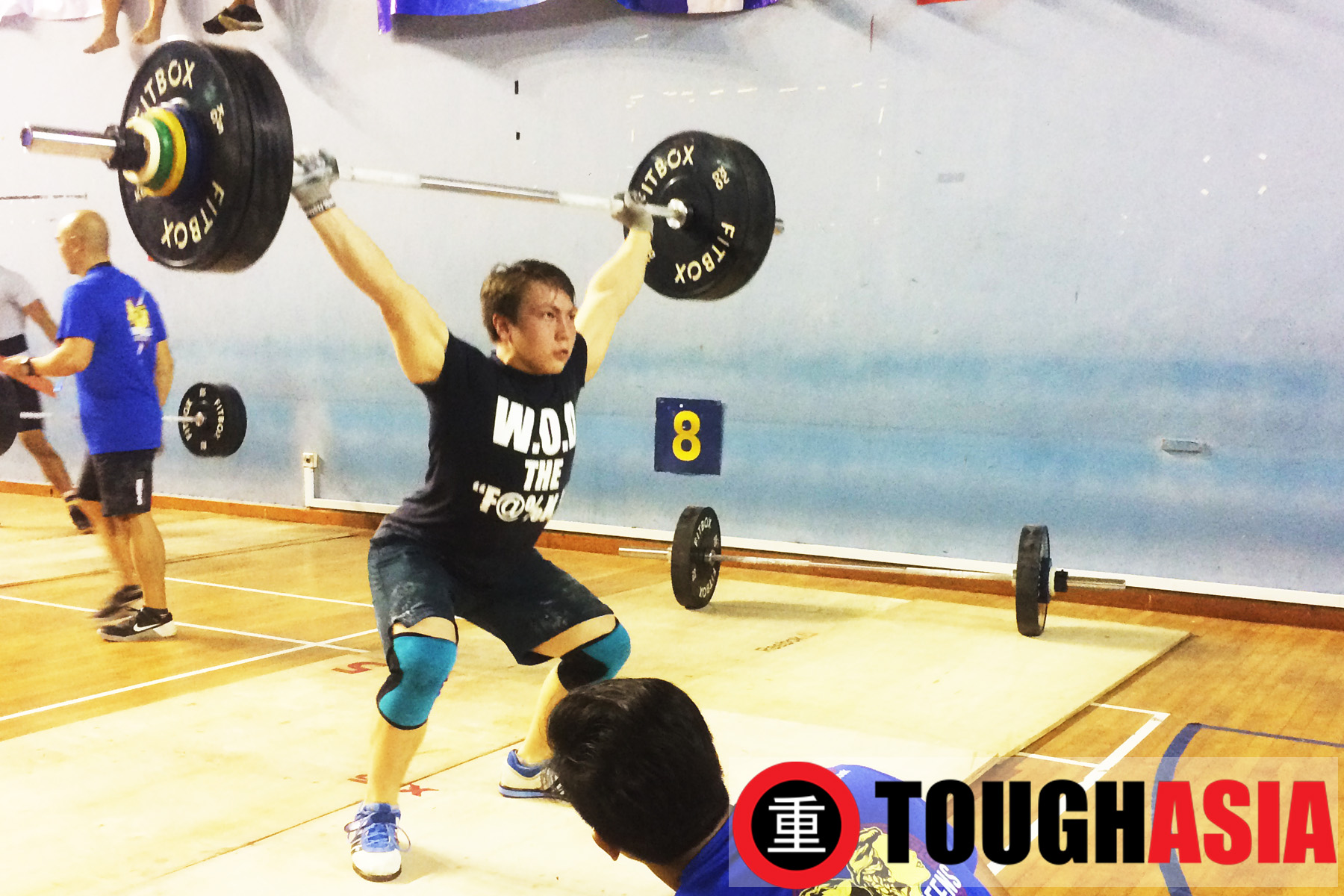