The Trans Borneo route is a legendary one that spans 1600km of running from Sarawak to Sabah. In today’s pandemic conditions, it is was not possible to have a live run on the route.

However, it did not deter the organiser nor the participants to adapt to a Trans Borneo Virtual Run (TBVR) challenge: running the distance in a team of  maximum six persons throughout the month of September.

ToughASIA: What inspired your club to participate in this TBVR?

Syed Shahzli: It was our common goal of trying to push ourselves to our limits.

Our team of six are active runners with average mileage of 100–150km monthly. Therefore, running a minimum of 267km per person within a month was something new for us.

ToughASIA: Did your members run on their own, or did you organise any running sessions together?

Syed Shahzli: Our team met up on weekends to run in a group. On weekdays, we ran individually as we were not able to meet up all together due to time constraint, work and family commitments.

ToughASIA: Where did your team runs happen?

Syed Shahzli: Most of our runs were outdoors and we changed locations over the weekends. We were running together as a group at Bukit Kiara Taman Tun Dr Ismail, Bukit Tunku and the city, all in Kuala Lumpur. We also ran at Sungai Chiling in Kuala Kubu Baru, Selangor.

Individually, we ran in our own neighbourhoods: Kelana Jaya, Setia Alam, Taman Melawati, Setiawangsa and Putrajaya. 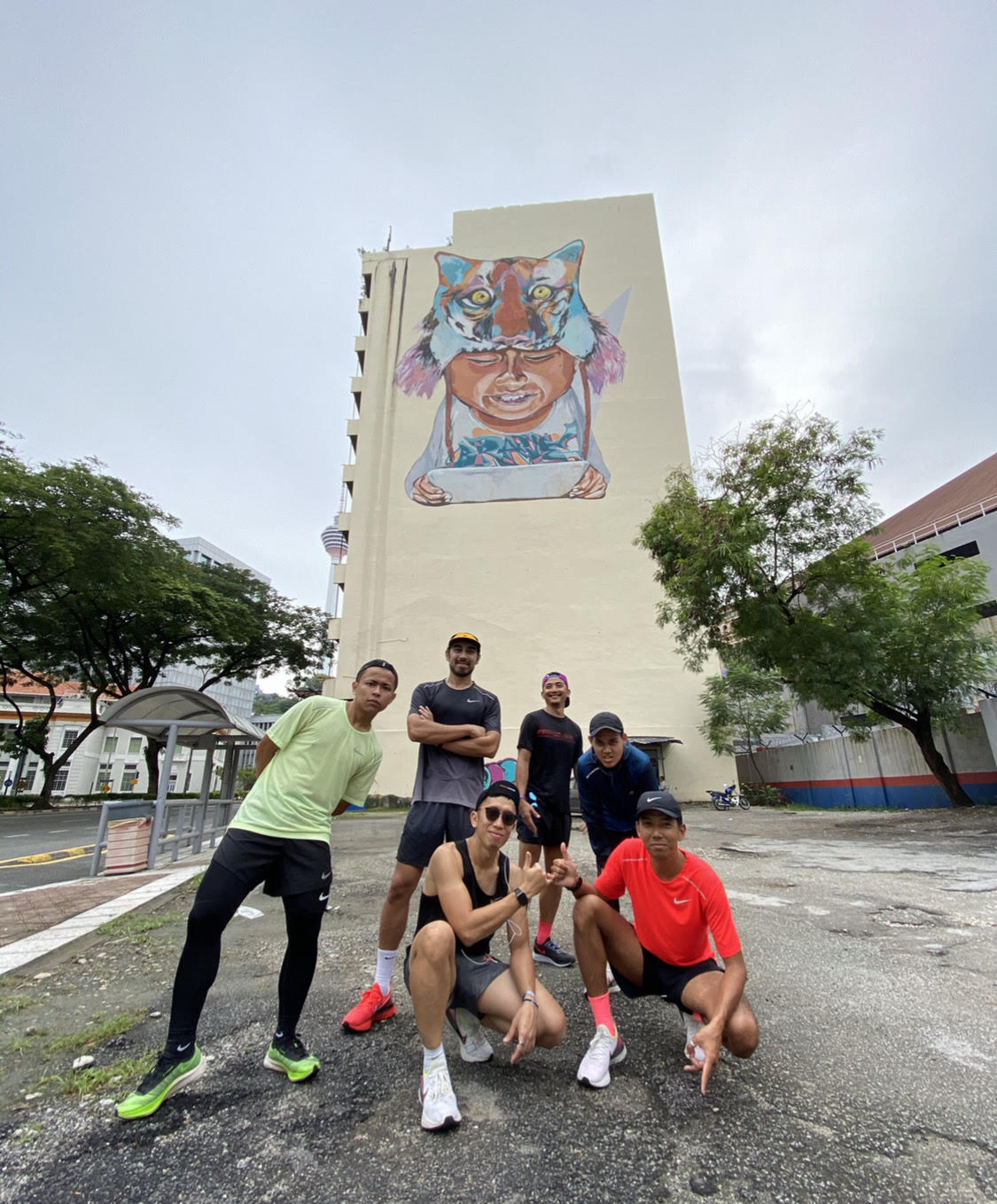 ToughASIA:  Do you know what was the longest single run by any of your team members?

Syed Shahzli: It was a full marathon distance, which I finally managed to do around Petaling Jaya. Timing wise, it was not an elite runner time but it is within the cut-off time for the KL Marathon. Now that I know my benchmark time, I intend to improve on the timing.

ToughASIA: Are there any proud achievements or moments which your team experienced during this challenge?

Syed Shahzli: I would say our proud moment was to complete the challenge on our last 10km together. Finishing strong as a team was our goal from the beginning.

ToughASIA: What did you learn as a founder of this club, or as a team in this challenge?

Syed Shahzli: I learned that motivating one another helped us complete this challenge. There were days where we felt burnt out, so having other team members as support helped us overcome that feeling. 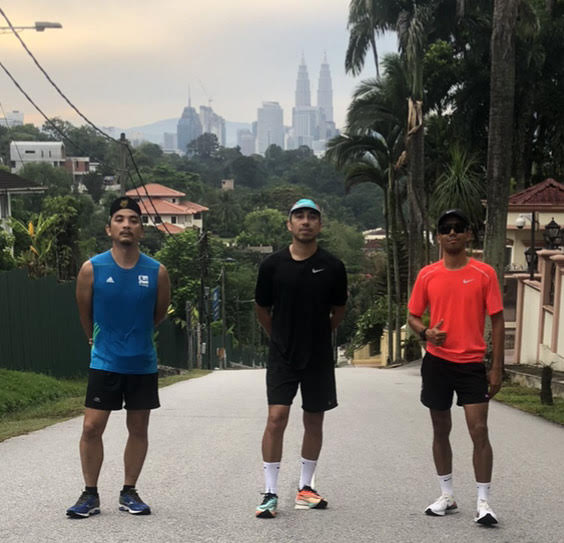 ToughASIA: What was the toughest part of this challenge?

Syed Shahzli: Toughest part other than the physical challenge – including muscle aches, blisters – was the mental challenge. There were days we felt like giving up. We took each day one step at a time. We would chat in the group about our runs and share our photos. In a way, it helped us to improve from the day before.

ToughASIA: Who are your top 3 runners in terms of distance?

ToughASIA: Why do you run and how long have you been running and dabbling in the sport?

Syed Shahzli: I started running since February 2019 to lose weight. Before I got myself interested in running, I was more active working out in the gym. The friends I made along the way, group runs that I have joined made me more interested in running to the extent that I created the group KJ Run Club in Kelana Jaya.

ToughASIA: Did you plan out how you were going to run this challenge?

Syed Shahzli: Yes, I had it planned out from the beginning. I had a full-sized calendar posted on my bedroom door for me to jot down my daily mileage. It also played out as a motivation to see it everyday when I wake up and also before sleeping.

ToughASIA: Did you run everyday? What distances and how often did you run?

Syed Shahzli: Before the challenge started, I had set my mind to run everyday with a minimum of 9km daily. On Day 1, I got too excited and did 30km in 1 day – 20km in the morning, 10km in the evening.

Subsequently, I changed my strategy to do extra mileage daily as a buffer so that I am able to have rest days. With the mileage buffer I accumulated, I had 2 days off from running weekly to rest and recover from blisters on my feet. 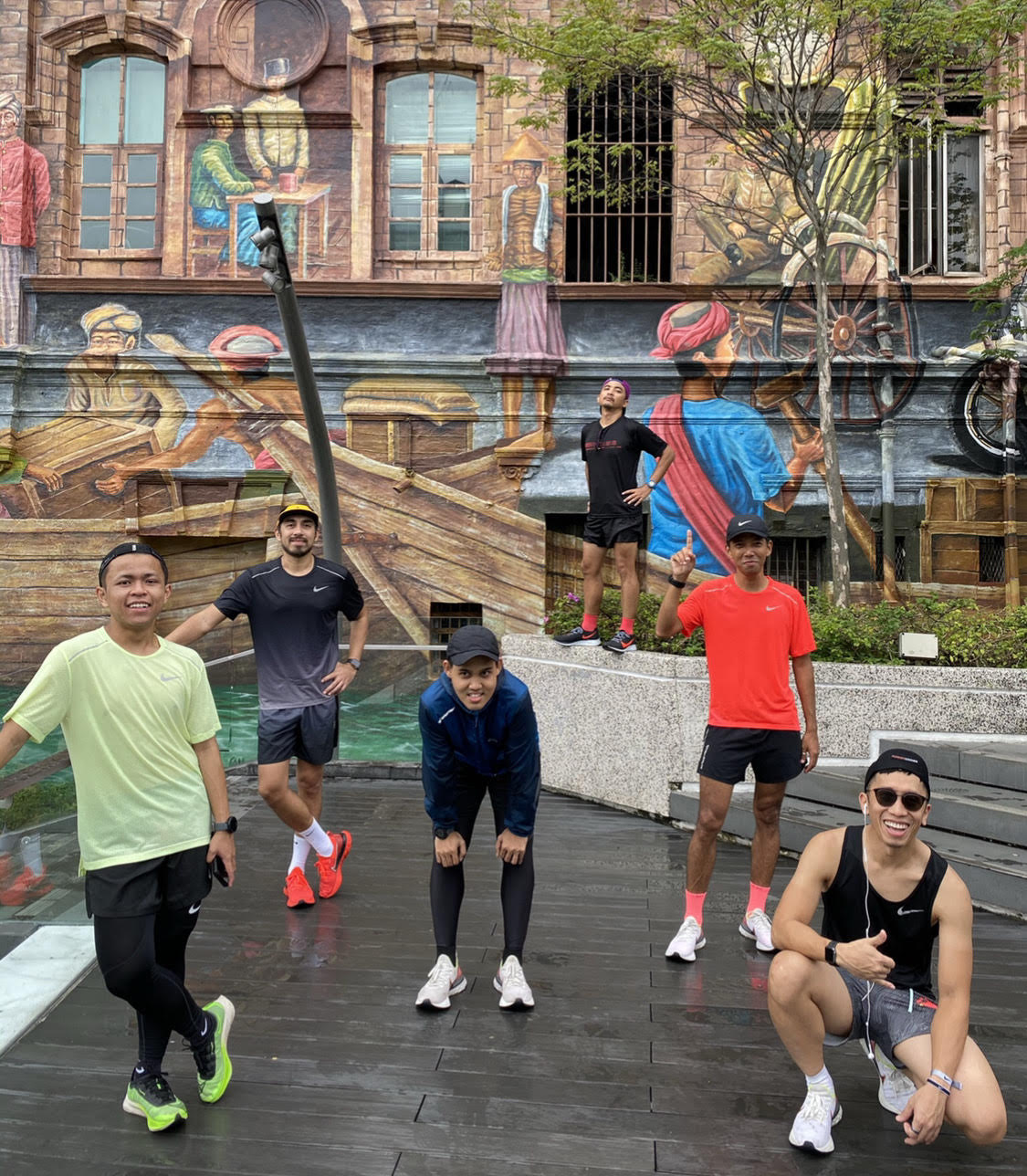 ToughASIA: What was your favourite running route for this challenge?

Syed Shahzli: My favourite was the route on the last day completing the challenge. The organisers had created a separate challenge called “Run Your City” where we had to complete some tasks given. We ran around KL Golden Triangle area in a group to complete this challenge.

ToughASIA also got in touch with the 40-year old Mohamed Ibrahim Bin Mohamed Hussain from Kuala Lumpur who managed the second highest mileage within the team. He first started running with friends 2010 but got serious from 2014.

For this challenge, he ran about 10km to 15km almost daily, and clocked 30km as his longest distance run mainly around Setia Alam.

Fellow teammate 42-year old trainer Adzlan Shah Bin Mohamad from Kuala Lumpur, got serious in running from 2013. He ran about 10km almost daily, with 21km around Taman Melawati being his longest run. 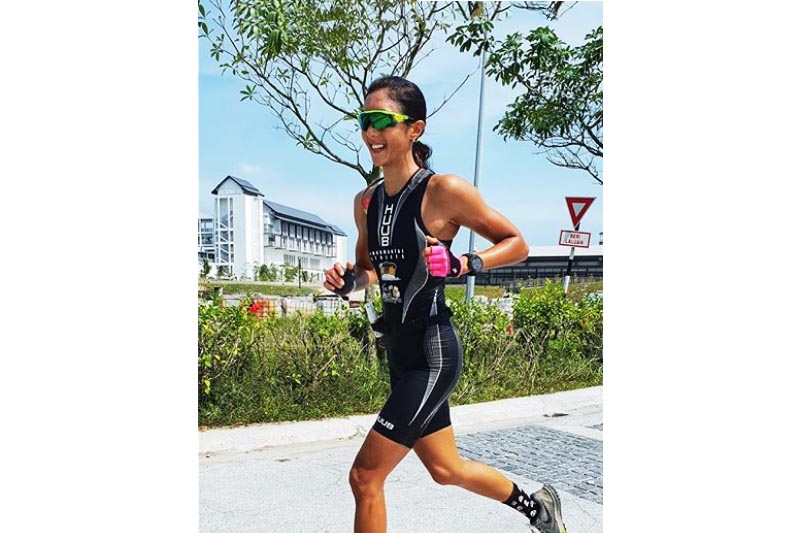 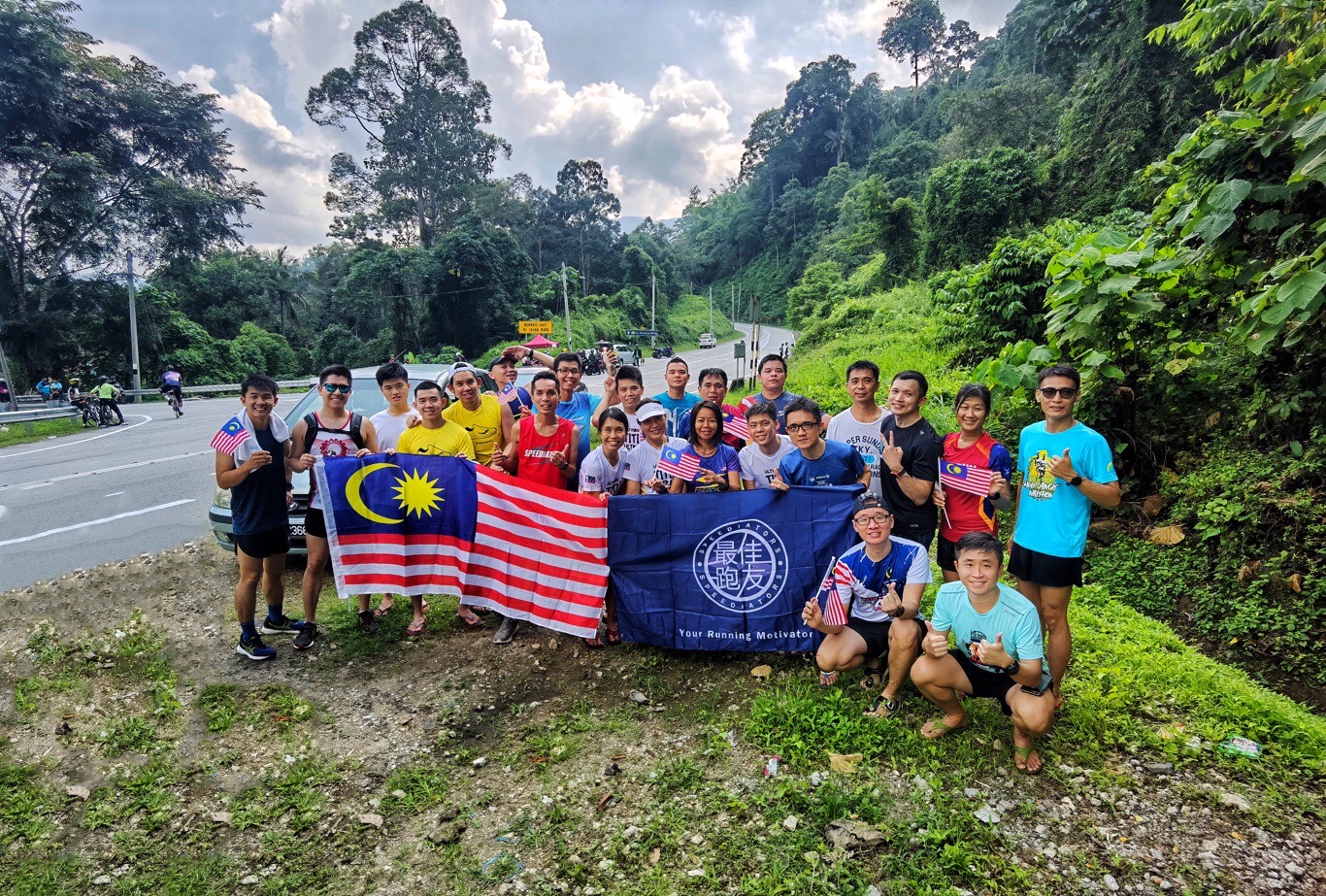