The trails and scenery in the natural rainforest have always beckoned and resonated more with me, so I’ve always enjoyed trail running more compared to road running. Hence, I was very excited to sign up for the 21km Xterra Langkawi Trail Run, especially when it’s not a trail you would normally get to run otherwise.

Many friends were recommending the full Xterra triathlon as well because however, I’m not skilled nor confident in a mountain bike, so we’ll keep that for another day.

With my heart still set on Triathlon, I arrived in Langkawi earlier to participate in the Open Water Swim Clinic on Friday morning, conducted by the Xterra Professional athletes, Ben Allen and Jacqui Slack. I was particularly interested in the clinic as Pantai Kok is also the swim start venue for Ironman Langkawi (hint hint).

Xterra Pro’s Ben Allen and Jacqui Slack (both eventual winners) were there to conduct the 45-minute session to answer questions and provide some tips on this year’s swim. Both Ben and Jacqui are also experience road triathletes and have done very well in a few Ironman Half distance races.

All warmed up for the trails

While collection was a breeze, the temperatures were rising and weather in Langkawi was getting hot. Good thing I’ll be doing the trail run, and wouldn’t be exposed much to the sun.

I did manage to run 5km of the course a day before the race to familiarise with the course and also to have a quick warm up. Basically, the 21km trail run mirrors the Xterra Championship run course and certain sections (the hardest ones, of course) from the bike course as well.

Oh, and it rained on the afternoon before the Trail Run, so looks like a wet trail in the books for me.

Woke up at 5:00am to have my breakfast as usual, of soak oats/raisins and one energy bar. Usually, I eat three hours before an event and the fuel for my race consists of three bananas, one energy bar and one energy gel, together with my hydration pack.

Mind you, I’ve never done a 21km trail before and hopefully I’ll pull this off in time as I have a plane to catch at 2pm (Sunday).

The morning salutations began and we met several runners who took this trail run as an opportunity to have a holiday in Langkawi. It is a good way to destress and re-energise yourself with fresh morning air in the natural rainforest of Langkawi.

The 21km trail run flagged off at 7:15am sharp after a quick warm up, some compulsory photo taking, and off we go amidst a beautiful sunrise on the Pantai Kok beach. How often do you get to start a run on the beach?

We started the run on the beach (2km I reckon), before hitting the trails within Berjaya’s compound. Somehow by KM3, I realised I was lost as I had missed a junction. Careless, as I had already recce the first 5km route the day before. It took me at least 15 minutes before I backtracked to the race route. The course signage were really good, just my fault to miss out that single one.

The real test came when I reached the bottom of the Telaga Tujuh (Seven Wells). From there, the never-ending climb towards Mat Cincang hill began onwards until the U-turn point and where I got my first sticker.

The trails towards the peak and thereafter, the downhill were very technical. I knew I wouldn’t be able to do it in a mountain bike. Perhaps The Ride School can help? Looks like I won’t be doing my first off-road Triathlon so soon after all.

After the U-turn, the steep climbs and steep downhills were relentless as I headed back to the bottom of Telaga Tujuh.

The last 5km towards the finishing line was drawing close, but I was told by the guys who did the Triathlon the previous day, that the last 5km of their run was a killer. I knew it was hard, but did not expect it to be so tough.

The hills were really steep, and I could only manage to walk during the climb, though I still had the fighting spirit within me. I exited the trails nearby Geopark and from there I know it’s a home-run all the way towards the beach, before the finish line. Also, I got my second and final sticker before I exited the trail.

I managed to catch up with a lot of 10km trail participants towards the beach and rallied them like a warrior in battle,  that the finished line is very near!

Although, I didn’t look forward to running on the last stretch on sand, as it’s difficult and the sun would be blazing hot by now.

It was a good and tough run as I crossed the line in 4h:07m:14s, but I secretly wish that I could do much better. When Adele called out my name in the finishing line, I was just so glad I’ve completed the run.

I have done Olympic distance and Half Ironman triathlons, but this is by far the toughest event for me yet and just to make the finish line was something to be proud of.

Was glad that I completed the race in 4 hours in my longest 21km run ever on a very tough trail and minimum 900 meter elevation climb. After a quick cool down at the finishing tent, I rushed back to the hotel to clean up, pack up and checked out as I had a plane to catch.

While checking out, my wife received a call saying that I had a podium finish and I had just missed the prize presentation ceremony. Now, this is something unheard of for me. Usually, I would just collect my finishing medal and not linger around for the prize presentation. On the way to the airport, we stopped by at the event area to collect my trophy.

Imagine my bigger surprise, when I actually got first place in my age-group and 10th overall in the Men’s category.

Apparently, the age-group above me was much more competitive with all podium finishers completing within 3:30 and the overall winner completed his race in an astonishing 2:37:54 and he’s from the 35-39 age group. Wishful thinking, perhaps this means I’ll get faster as I get older.

This has definitely get me super excited to keep this momentum rolling into my future trail running events. When we finally reached the airport, as I was getting out of the transport van and thanking the driver, he then said, “Jumpa nanti masa Langkawi Ironman ya”.

Looks like I’ll probably be back to Langkawi sooner than expected.

Although this race was tough, I recalled the ‘Warrior’ spirit as this Xterra Malaysia carries the theme “Xterra Pahlawan” which means warrior in Malaysia’s national language. Everyone who completed the run today is indeed a warrior.

1) Lots of water stations for participants in the final 10km run. (Organiser was expecting hot weather). Sufficient 100plus isotonic drinks and drinking water to go around. Though I was hoping there would be some bananas/watermelons at the water station or finishing line. There were bananas the previous day for the Triathlon but none on Sunday.

2) Very well organized with passionate race volunteers who were school kids from Langkawi. (They got to skip school too as Sunday is a working day for Kedah)

3) Carbo-loading dinner and Awards Presentation dinner were both marvellous and a good way to socialize among the Professionals and participants.

1) No portable toilets at the start/end point. Perhaps the ladies and supporters/volunteers at the event would appreciate it.

2) No First Aid Kit at the event. I was asking around for a small plaster bandage to patch my blister after my run and Elsa couldn’t find one but graciously gave me a plaster from her personal stash.

3) Volunteers were probably not given enough briefing on their roles on what to do. I could see some were at a lost or just hanging around. (To be fair, they are just kids). 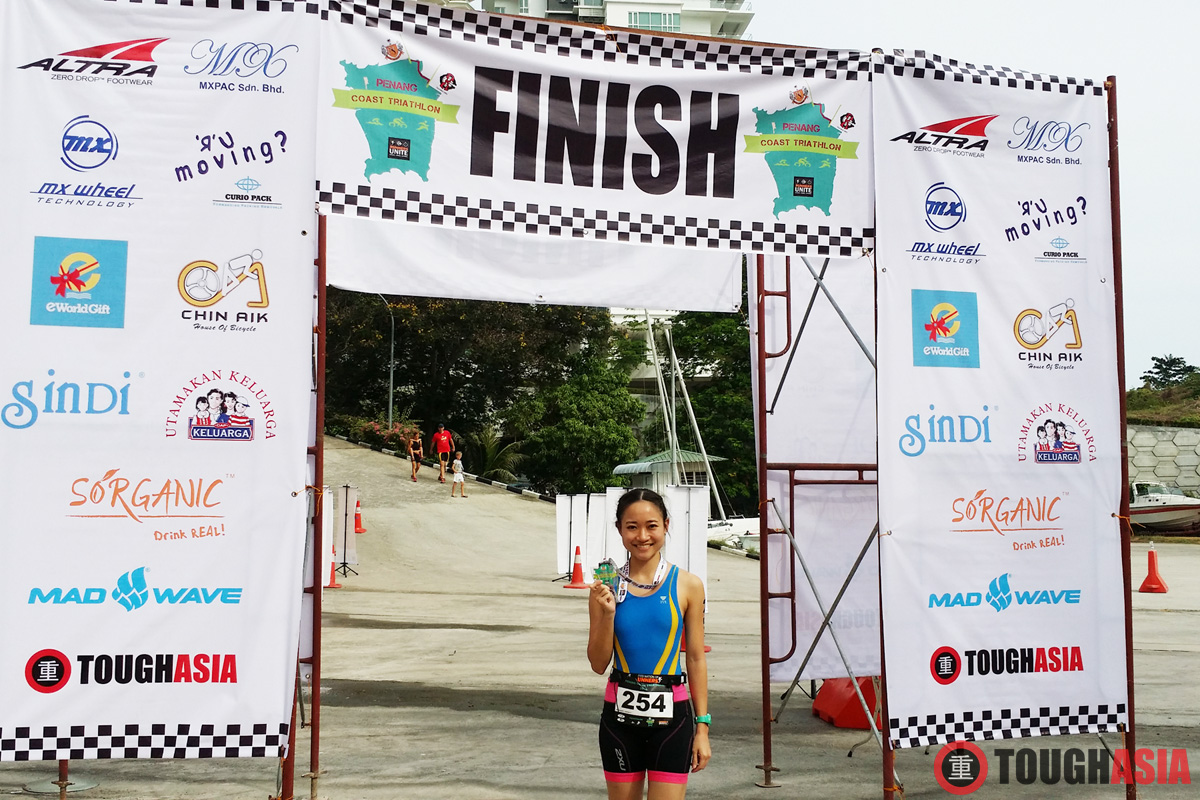 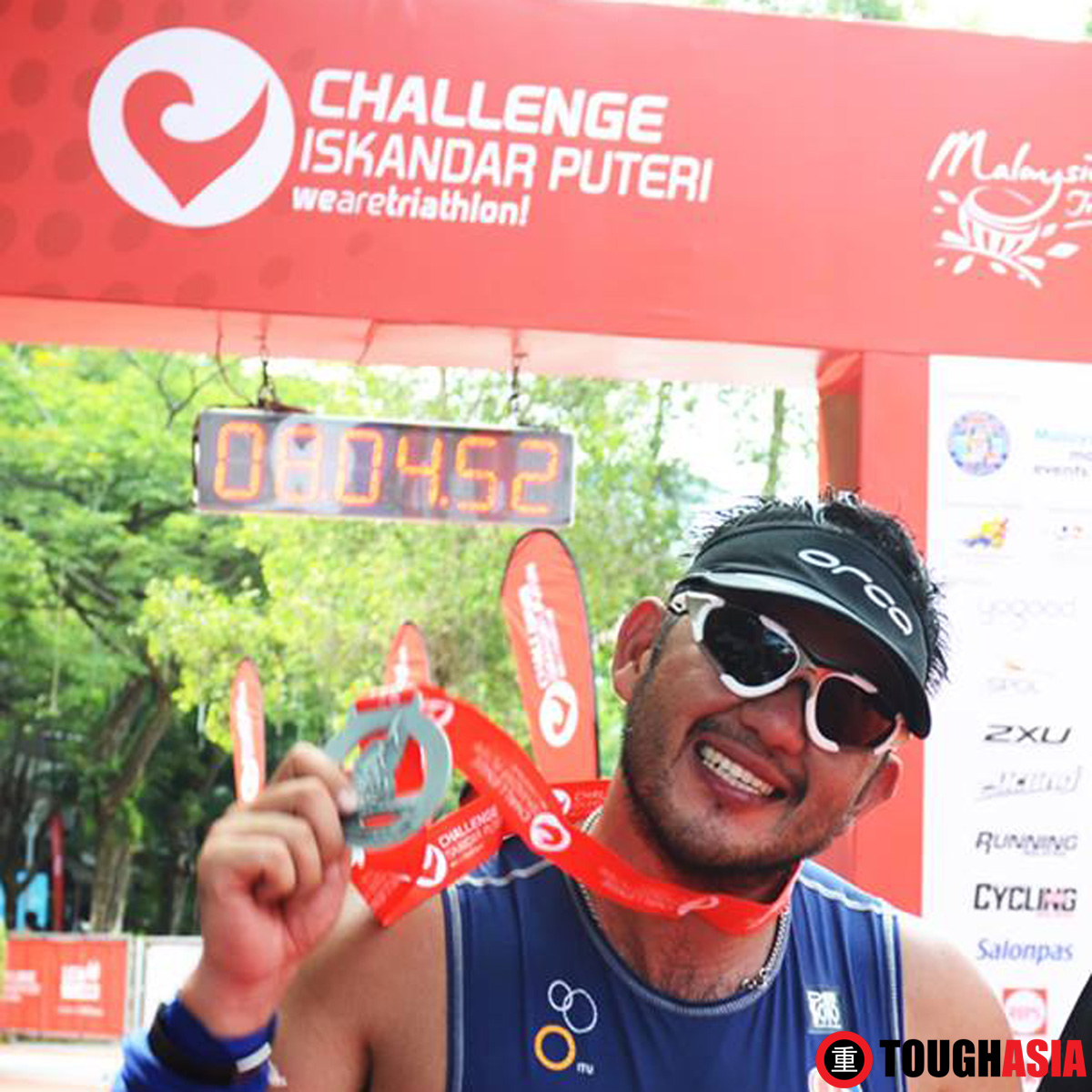 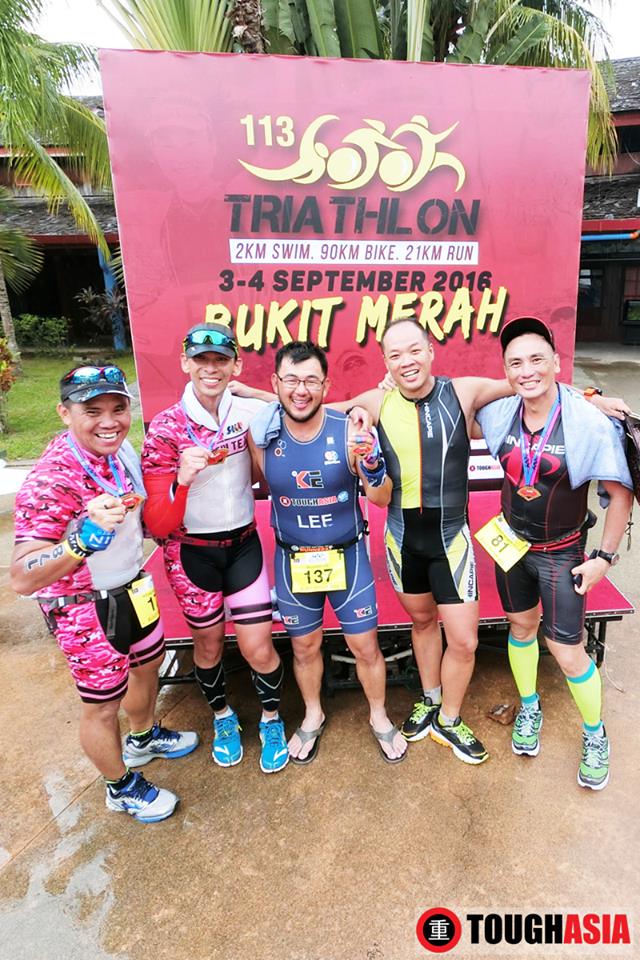