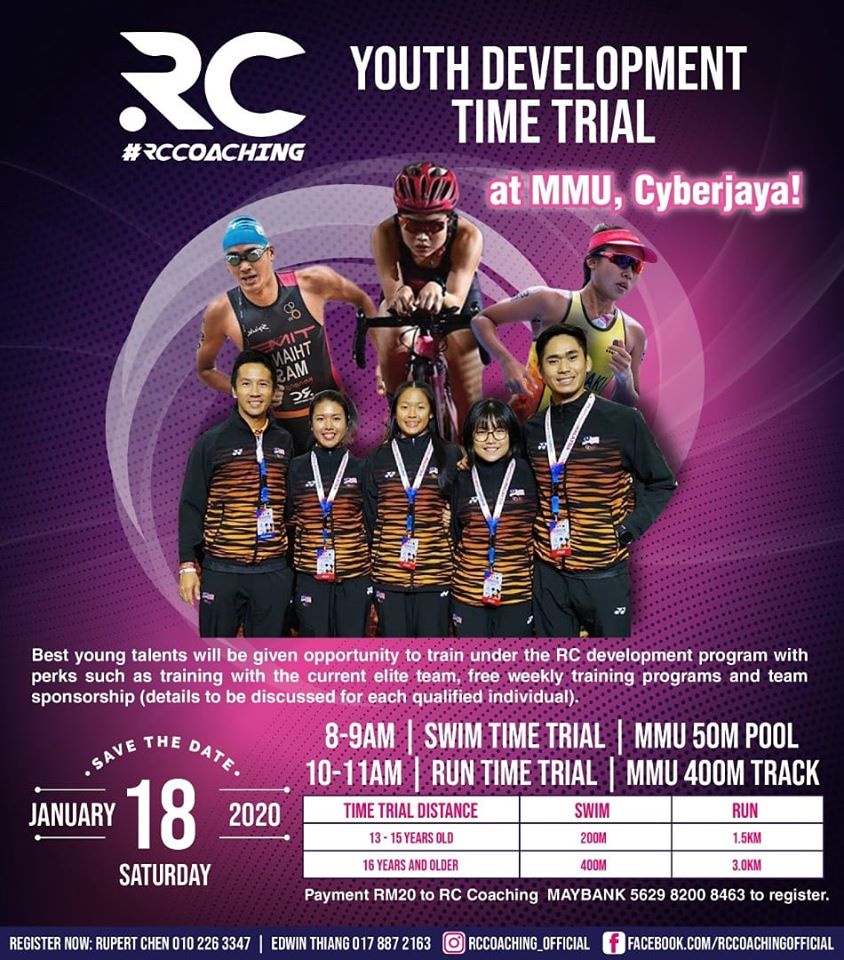 At the recent SEA Games, 4 athletes  – Aimi Iwasaki, Allison Yee, Edwin Thiang and Yeong Zhenyi trained with RC Coaching and represented Malaysia in both triathlon and duathlon. Rupert himself was also selected to be part of the national team as a coach.

In order to catch up to stronger countries such as Philippines, Japan and Australia in triathlon and duathlon, the Terengganu-born triathlete turned coach has started an initiative to identify new talent from the grassroots who are strong in swimming and running, to be groomed into potential triathletes and duathletes respectively.

A time trial for both swimming and running will be held at the Multimedia Media University in Cyberjaya, Selangor on 18 January to select the fastest 13-15 year old athletes to complete 200m swim and 1.5km run, while 16 years and above whom complete 400m swim and 3km run.

“It takes a village to raise a child,” – the old adage goes, and similarly, it takes a lot of commitment from various parties like clubs, national federations and sponsors to develop successful athletes.

Therefore, Rupert, who is an International Triathlon Union (ITU) and a Malaysian Triathlon Association (MTA) qualified coach, is fervently committed to conducting this program continuously over a long-term alongside his coaches Aimi Iwasaki and Edwin Thiang, who are qualified coaches by the American Swimming Coaches Association(ASCA) and MTA respectively.

Ideally, a total of 4 men and 4 women will be selected for triathlon and duathlon from the time trial selection and primed for major games like the Commonwealth Games, Asian Games and SEA Games. Selected athletes will be eligible for sponsorship with the current private sponsors of RC Coaching

As a triathlete, 38-year-old Rupert notched Malaysia’s second fastest timing 09:59hrs in an IRONMAN distance in 2016, and was the only one who had done a sub-10 hour in the last 10 years. The professional engineer who quit his job to pursue coaching in triathlon, has been introducing triathlon actively to beginners.

“People who did not think it was possible to do Triathlon, trained with RC Coaching and have now completed a triathlon race or even the full IRONMAN distance,” said Rupert Chen.

One could feel the passion and the strong affinity Rupert has for triathlon after dabbling in the sport since 2008. For 2020, Rupert has qualified to the IRONMAN 70.3 World Championships in New Zealand but will be keeping a keen eye on the YDP and expand coaching locations for RC Coaching across the country. 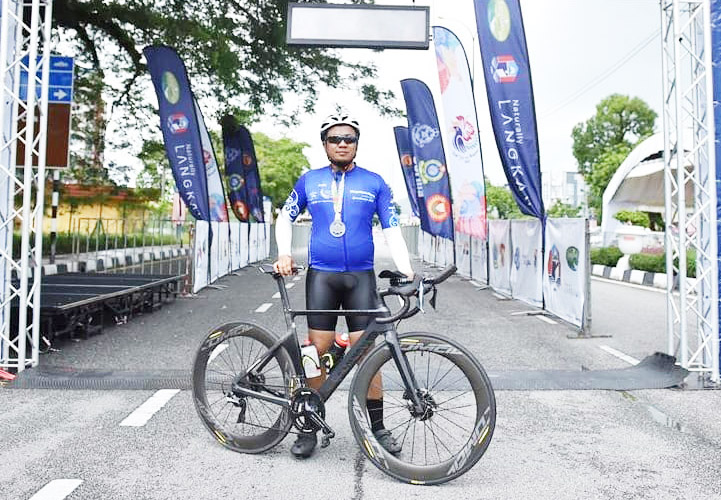 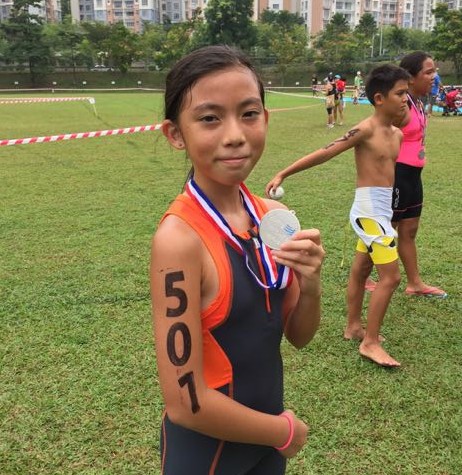 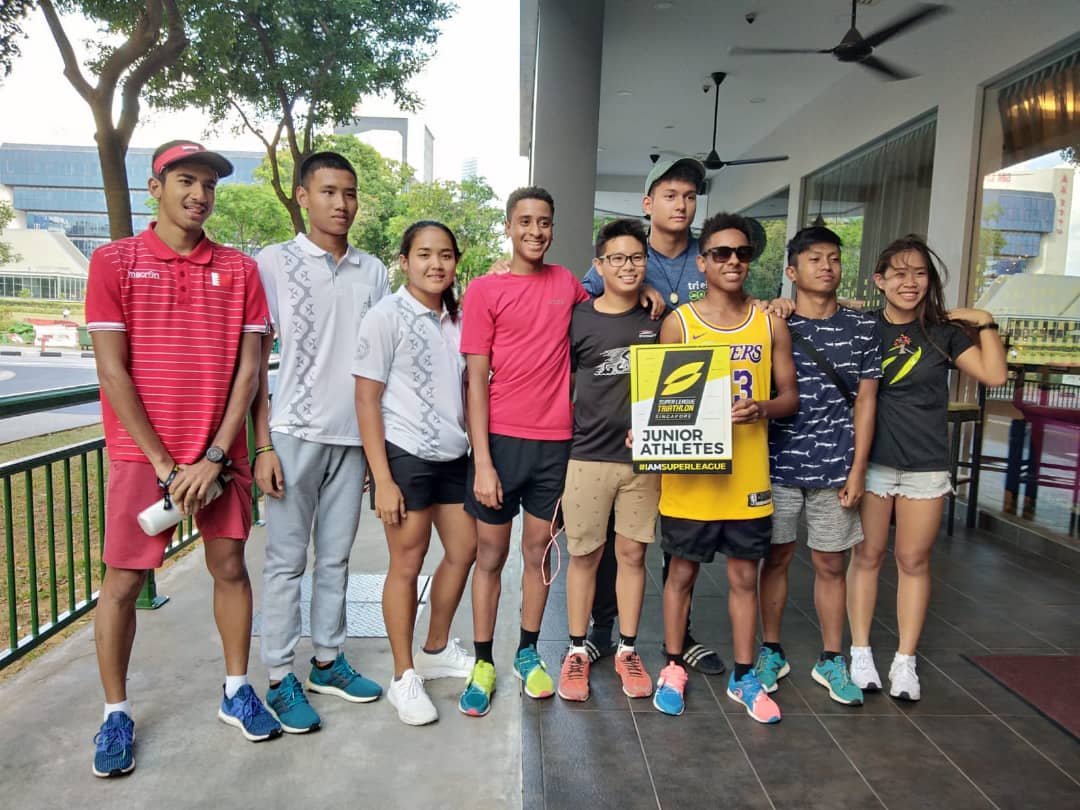 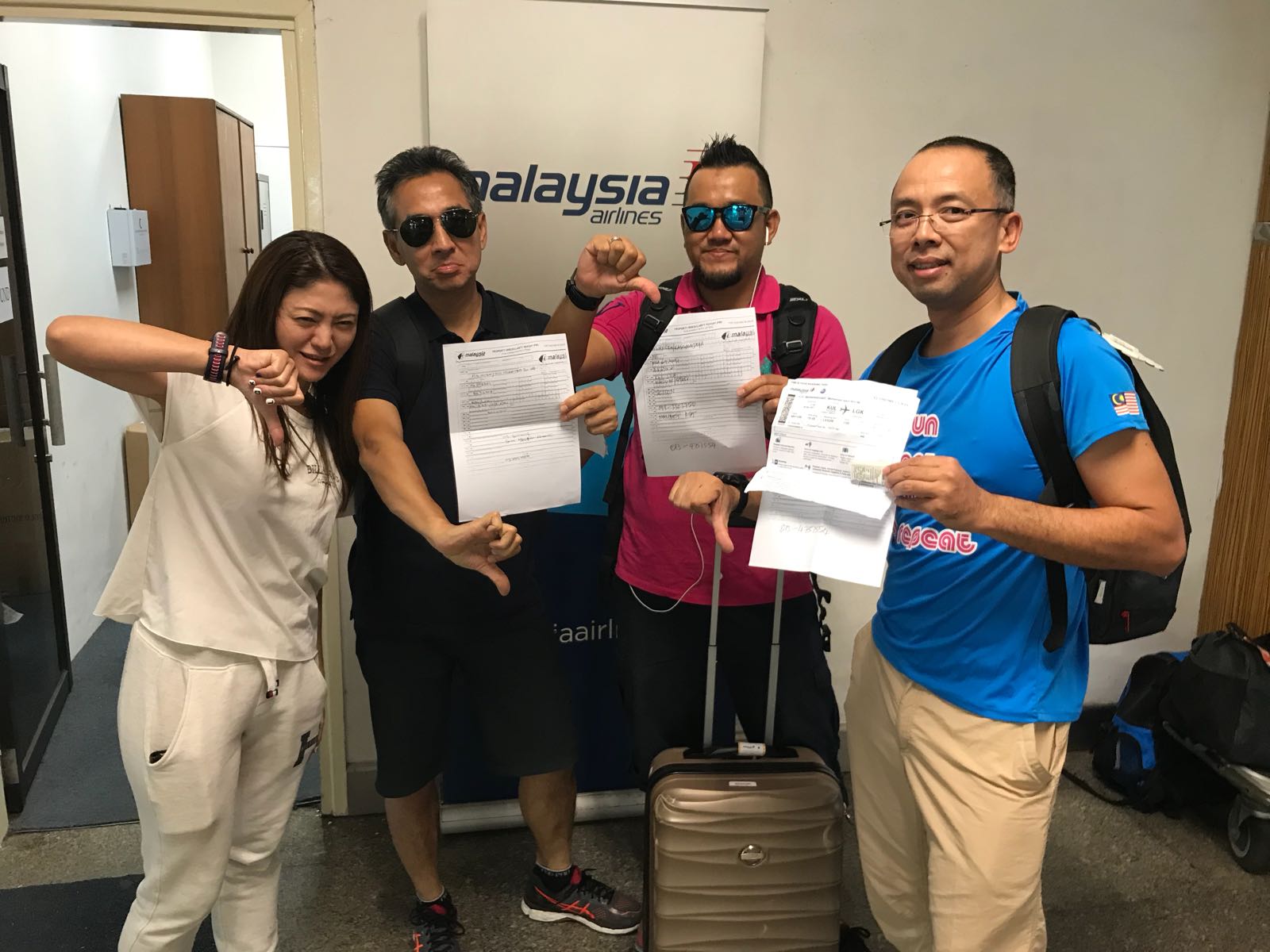