Incidentally, the last month hadn’t been kind to me. I’ve been carrying a foot injury, plus my foot swelled up from a bee sting! However, considering it’s my last race in Powerkids Malaysia (due to age limit), I decided to persevere and chose to race.

Since I haven’t been training much since I got injured, I cycled around the venue upon arriving at Putrajaya on race day. Took some photos, before setting up my bike in the transition area and since this was a duathlon, I only had to put my bottle next to my bike and the helmet on the handlebar. 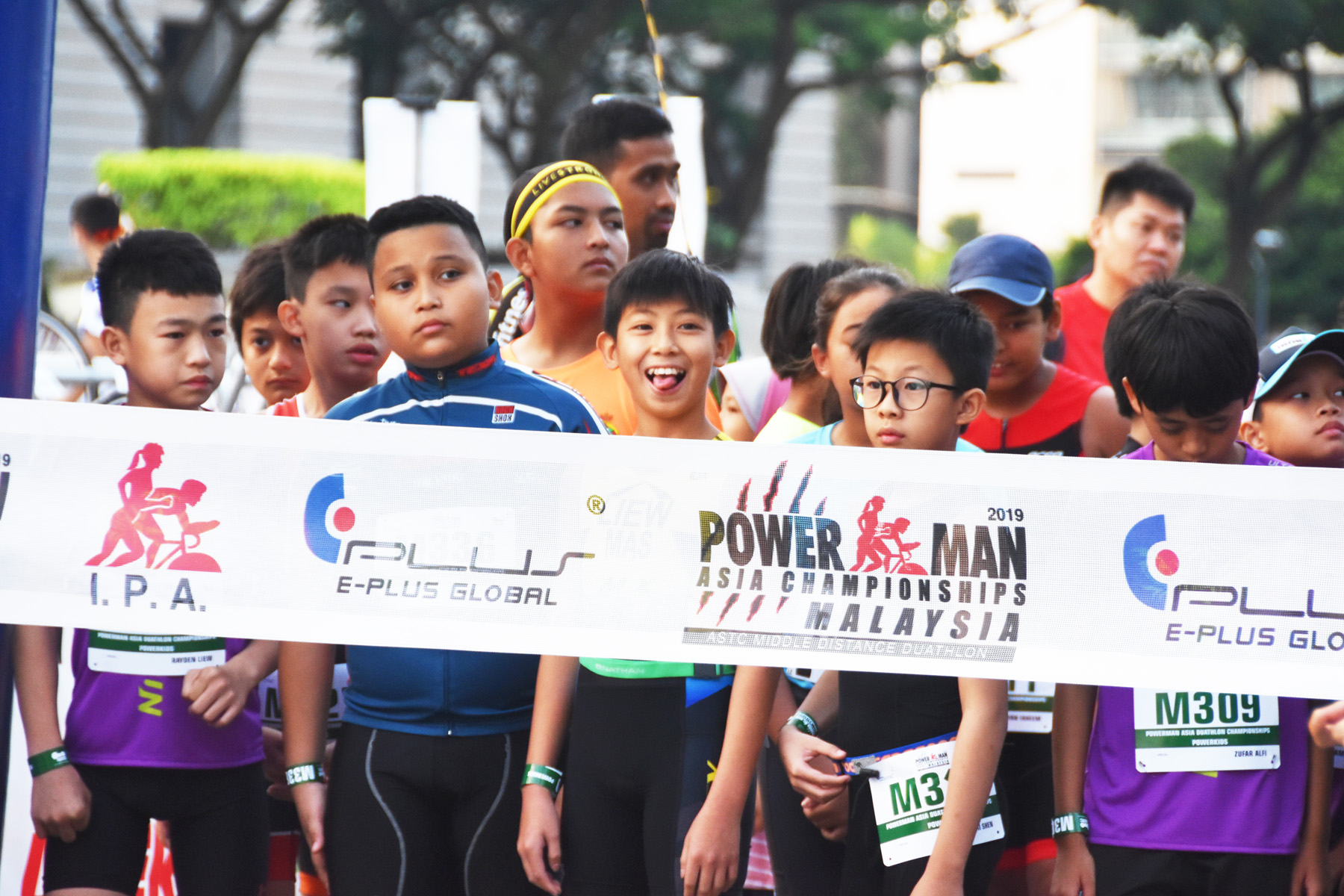 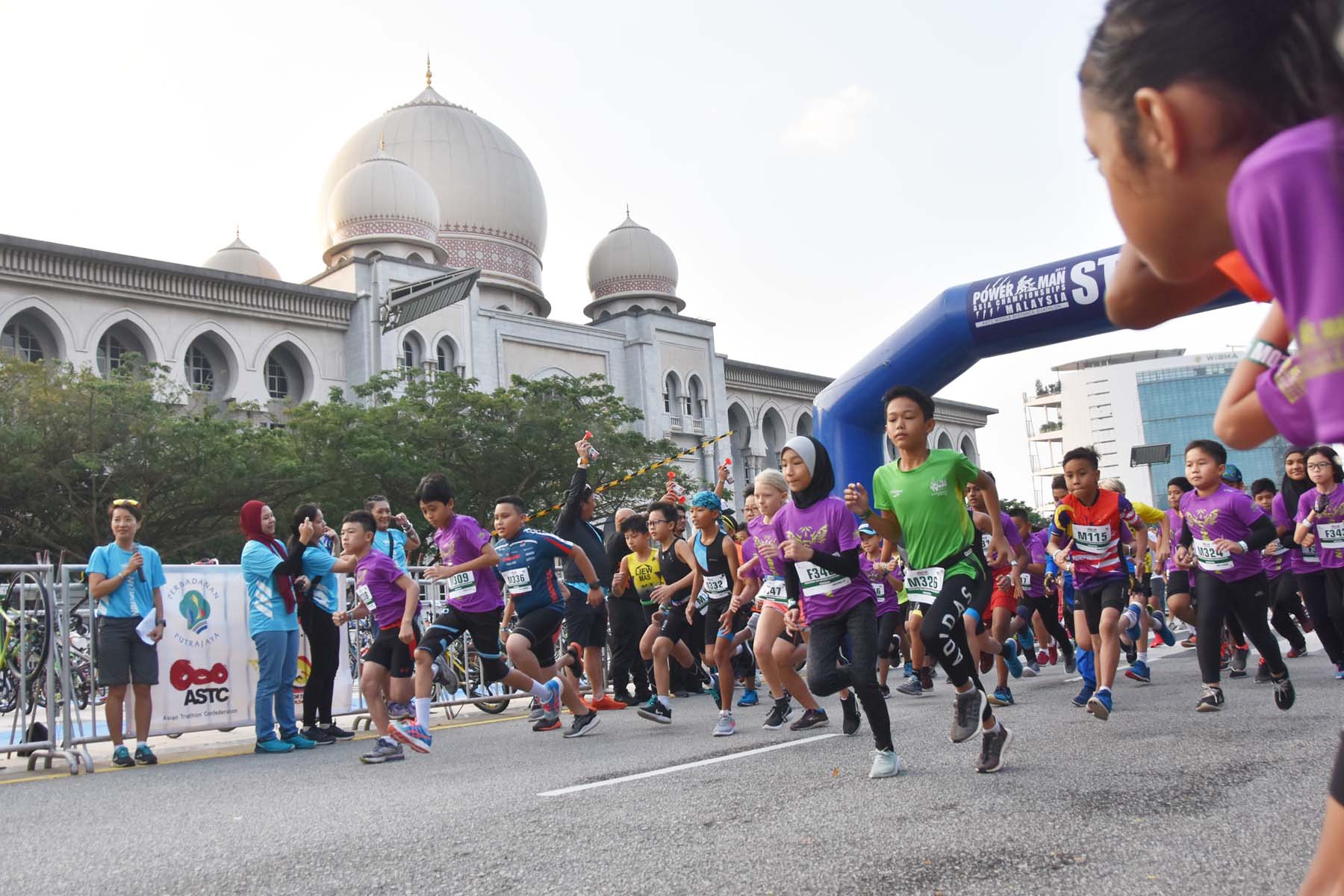 Soon after, the briefing started for my age category – 11-12 and I joined the crowd before proceeding to warm up. People started lining up the starting line right after the briefing which surprised me. Fortunately, I managed to slide to the front of the line.

For some reason, I didn’t feel too anxious, maybe it was the fact that the race wasn’t competitive. My heart started racing as it drew closer to the start of the race.

Once they began the countdown my heart rate jumped tremendously, it started beating fast, I could hear it thumping against my chest. 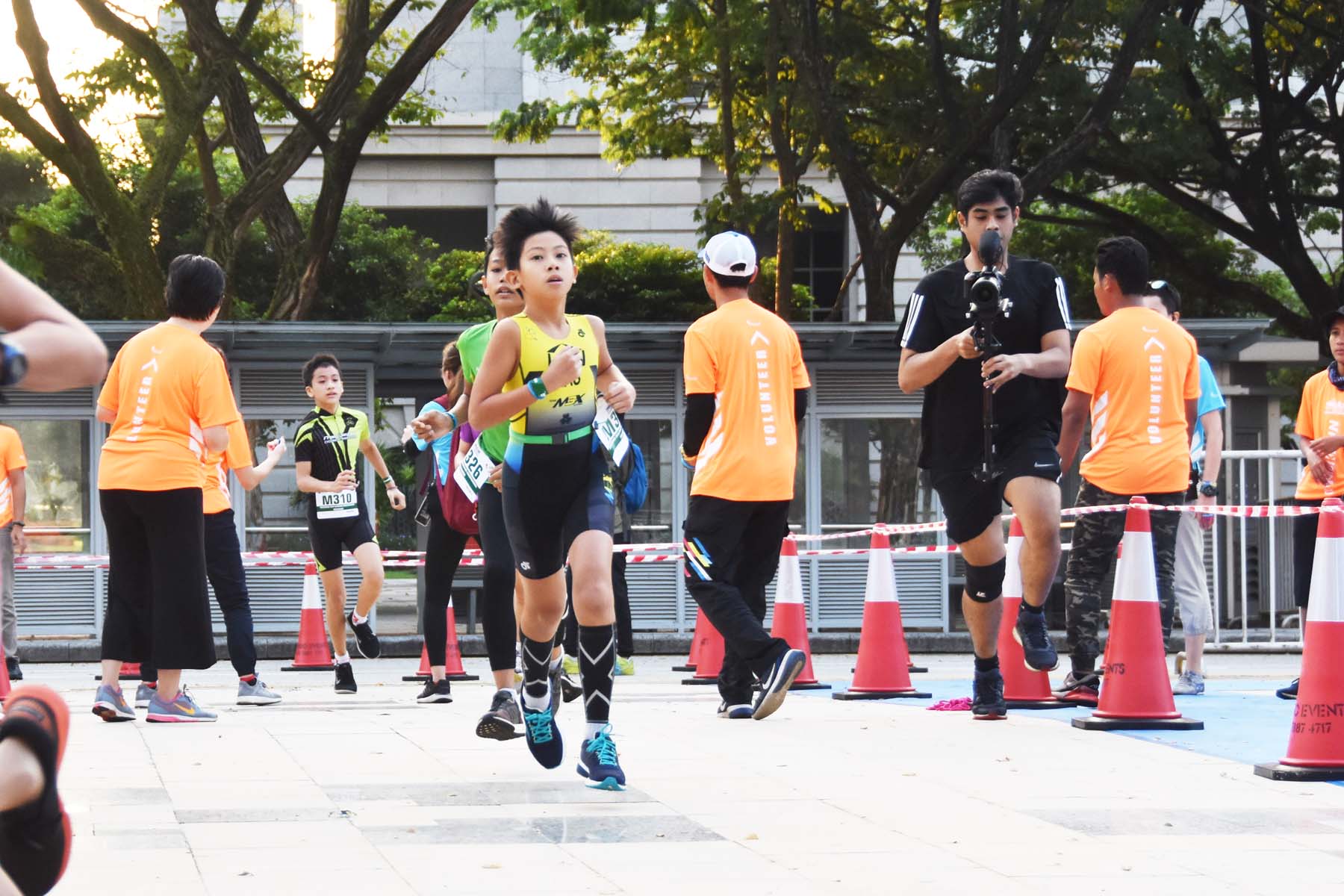 Three, two, one. The race started, my heart raced faster and everybody started sprinting forward. It was a blur, everything went so quickly and it took some time for me to catch up with what was actually happening.

I kept up with the front pack on the first 1.2km run, smiled at some cameras, and maintained my speed so that I would stay at the front but wouldn’t get too tired.

A few laps went by, I couldn’t think very properly, it was a daze. I kept with the front group but some people behind me decided to run forward and they were running quite fast so the gap became bigger, but I just continued pacing myself. I knew they were going too fast and would tire out. 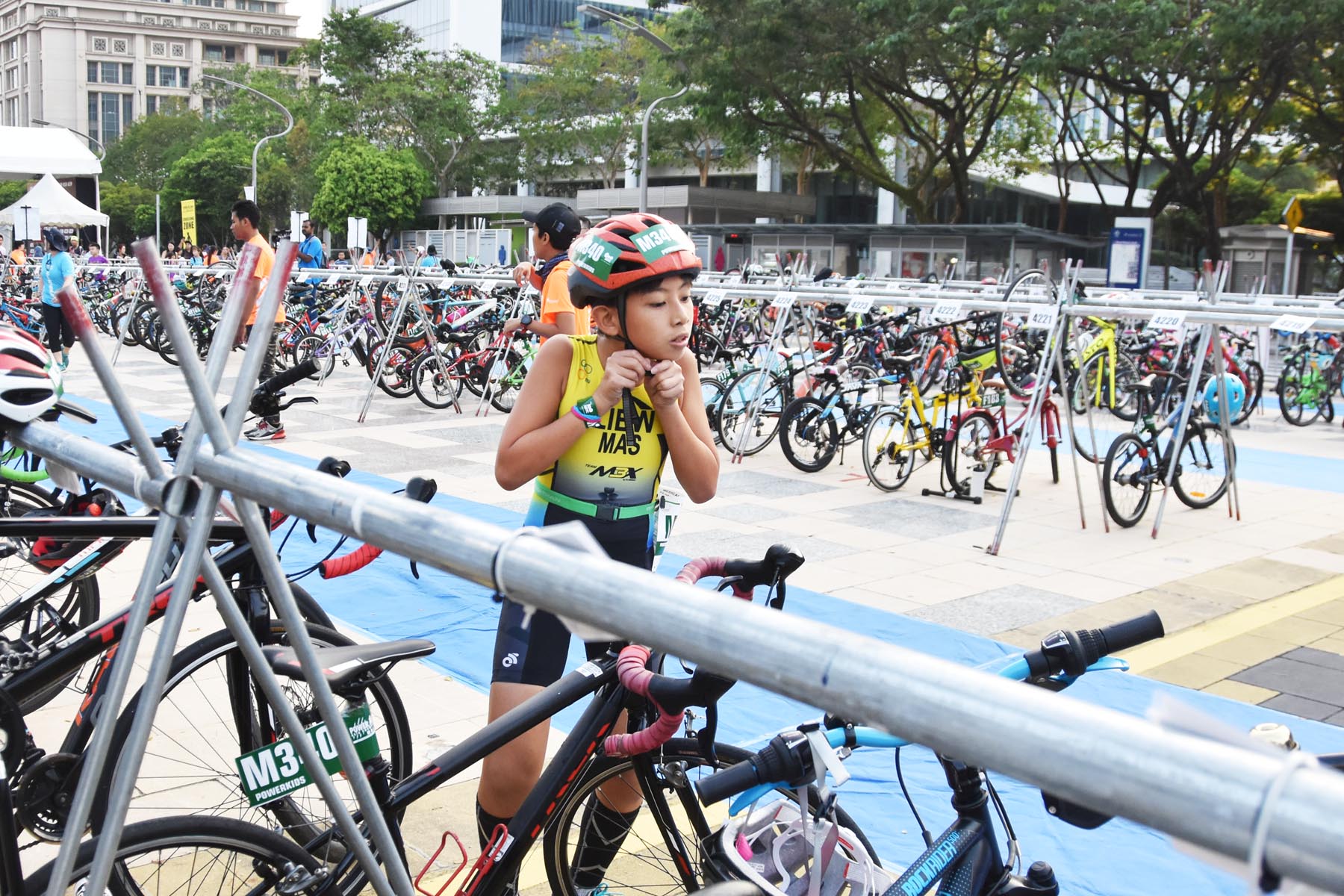 Into the Transition Area, I ran to my bike which was near the Bike Out area, clipped on my helmet with shaky hands, grabbed my bike and dashed out. Surprisingly, I was the first one out.

On my bike, I started to pedal hard and fast to create as much distance as I could, as the 3km bike leg was my run recovery. I wanted to maximize the space between me and second place.

I knew I shouldn’t go too fast because I didn’t want to mess up my momentum when I dismounted. 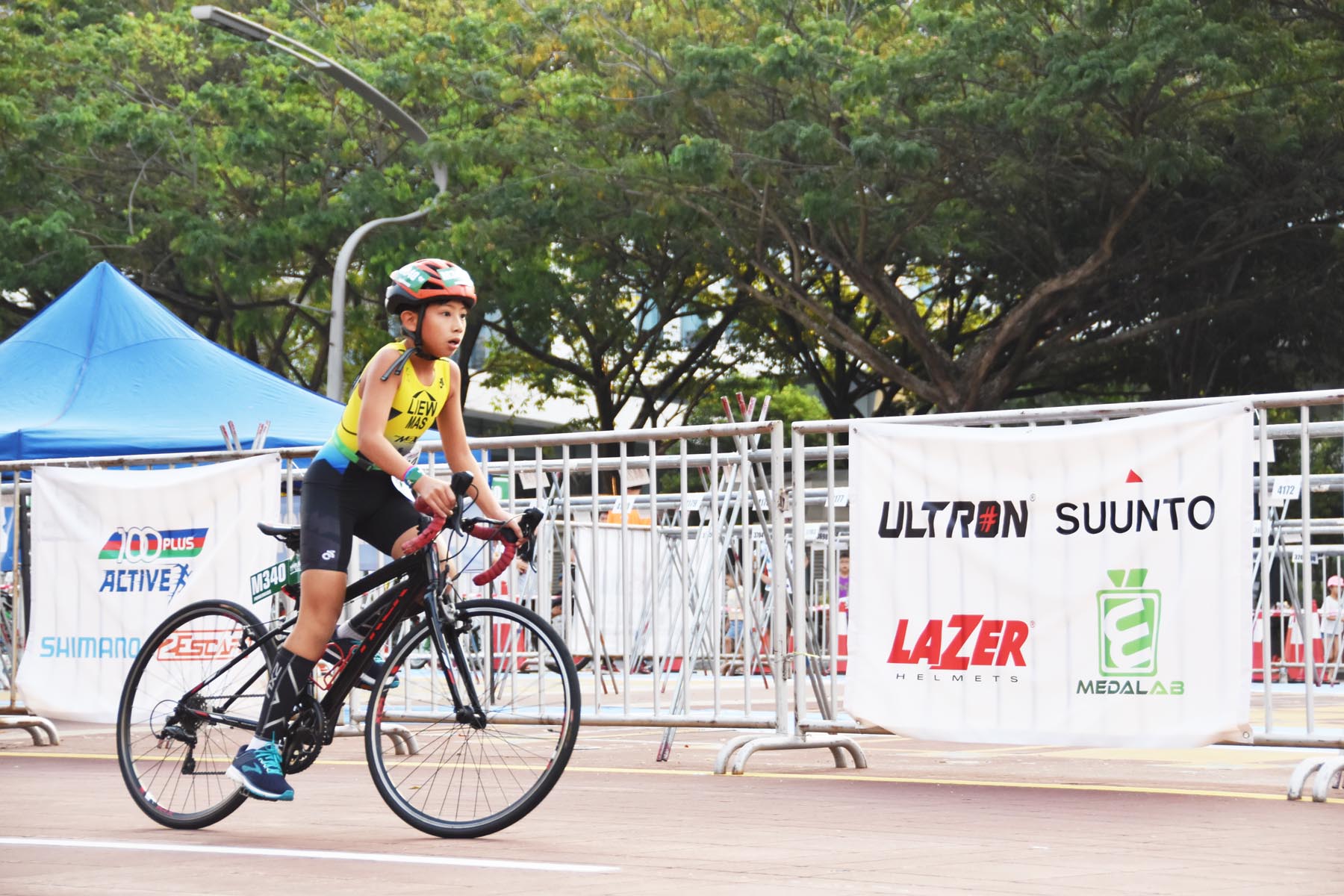 The problem with this race is that we have to do 3 loops of the bike and each loop you have to dismount your bike get your bib ticked and run to the mount line and mount again.

This can really mess you up. After three strenuous and exasperating mounts and dismounts, I finally proceeded to the transition with a large gap between the next racer.

Into the Transition Area again, when I racked my bike, took off my helmet and dashed out for the second 1.2km run, I still couldn’t see the next person. Even after running for a while, the second placer was nowhere to be seen. It was only after almost completing the first loop that I saw him running as fast as he could. When I saw him sprinting I felt nervous and scared.

I tried to speed up a bit while maintaining my pace on the run but I was already getting very tired. 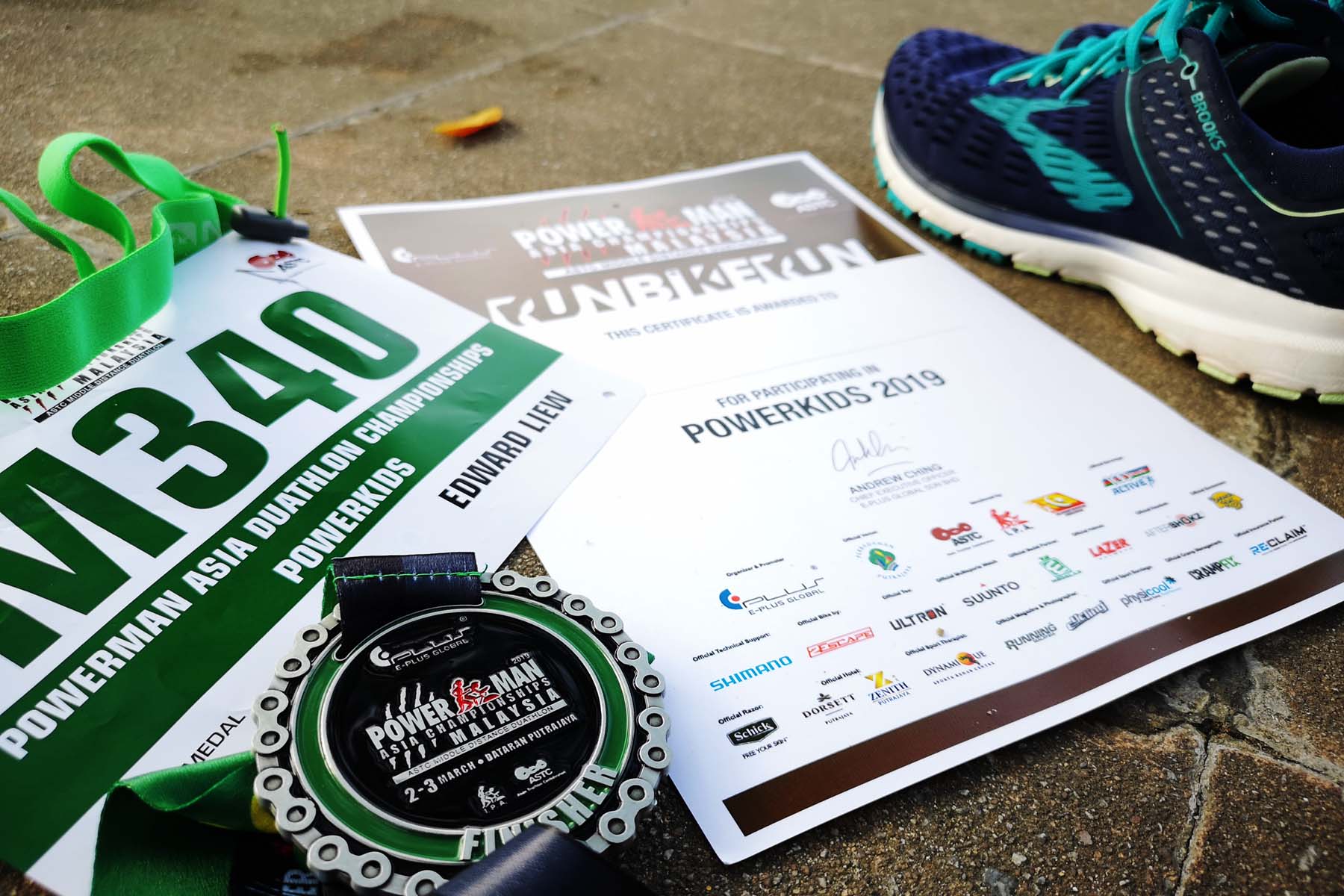 The gap was still very big on the second round and I was getting even more tired. I continued pacing myself eyeing the motorcycle in front of me. Moving onto the third loop, people started cheering for me, the commentator was talking about how the first person was already on the third loop, I was thrilled.

I pushed myself even harder just before the grand finish line. Changing my run into a sprint, I could hear people cheering loudly. I wanted to just cross the finish line with a swift sprint, to just fly right through.

I took my medal and rested my hands on my knees trying to catch my breath. All the while, I was so happy that I made it first! 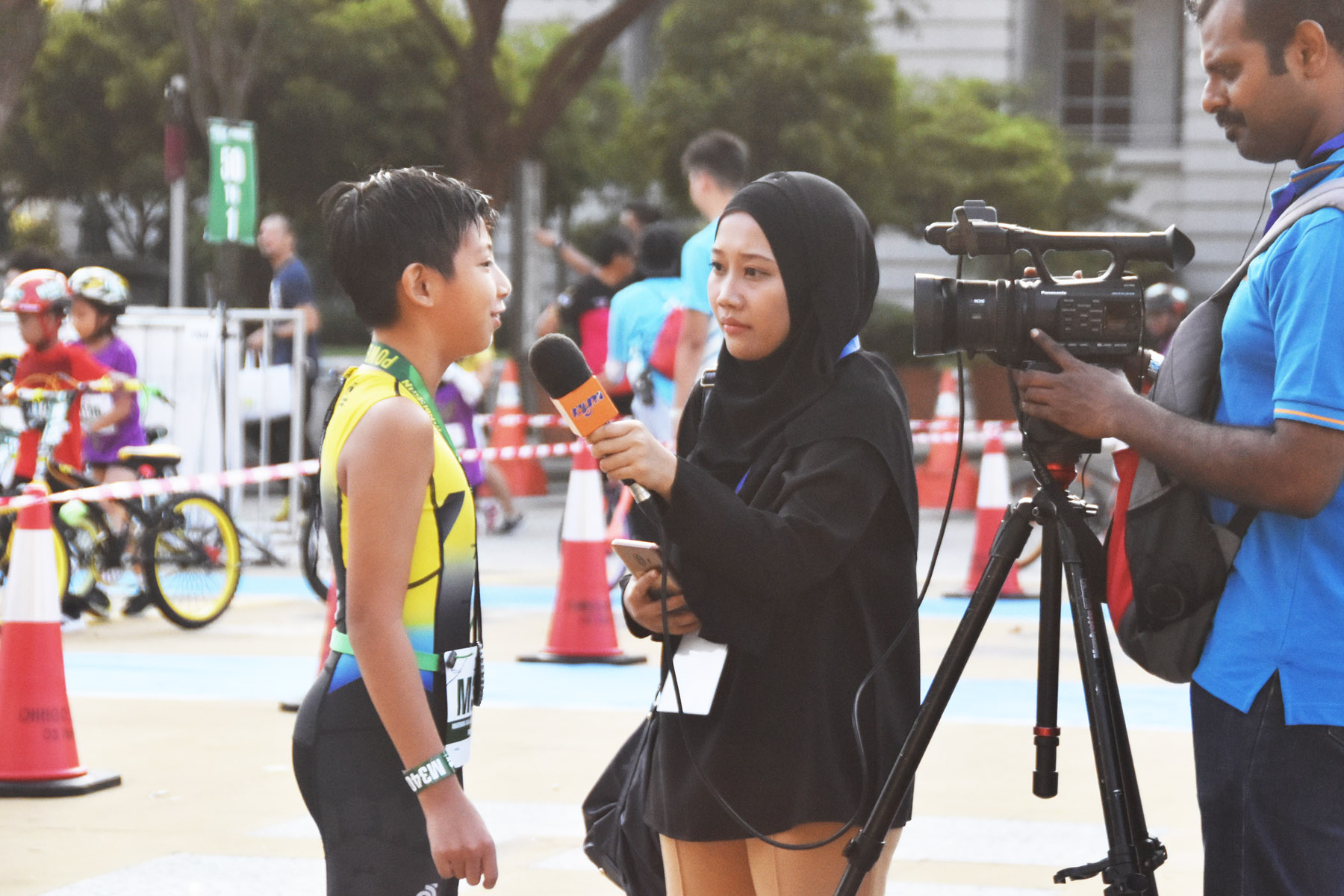 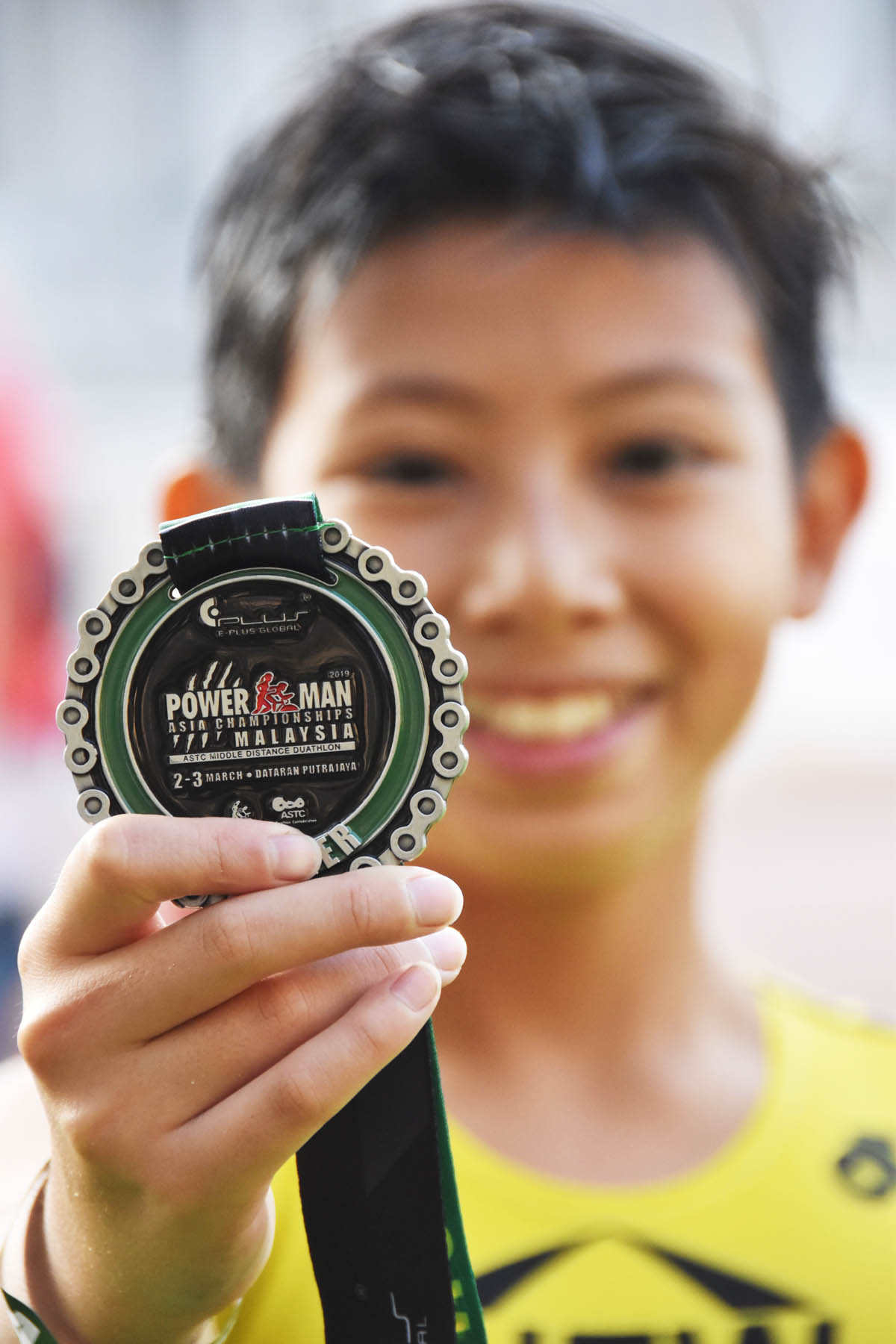 Surprisingly, for the first time, I was called to do a little interview (with the local TV station, RTM) and it was awkward because it caught me off guard and I wasn’t prepared for it. I had to improvise a lot, I guess that’s what interviews are for.

Thank you very much to PowerKids Malaysia for the race. It’s been a pleasure racing over the last few years. The race has been well organized and really fun. I do suggest people give this race a try, especially beginners. It’s a good race for both amateurs and professionals.

As always, there are certain things they could improve on, such as the part where we have to mount and dismount from the bike. It would also be great if they could make the races competitive as they would attract more people. 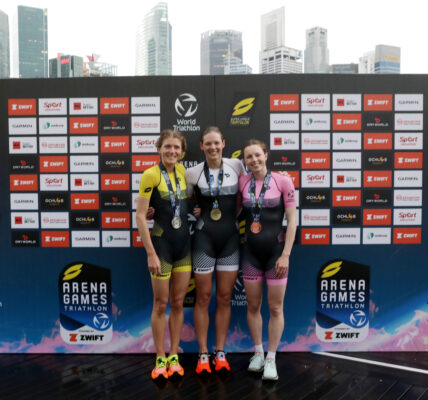 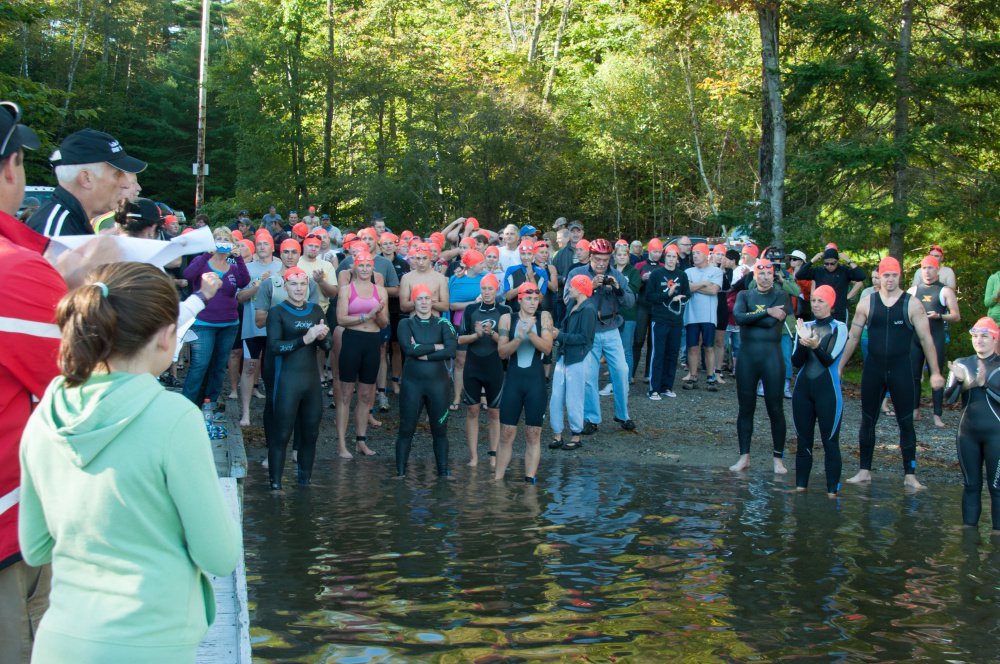 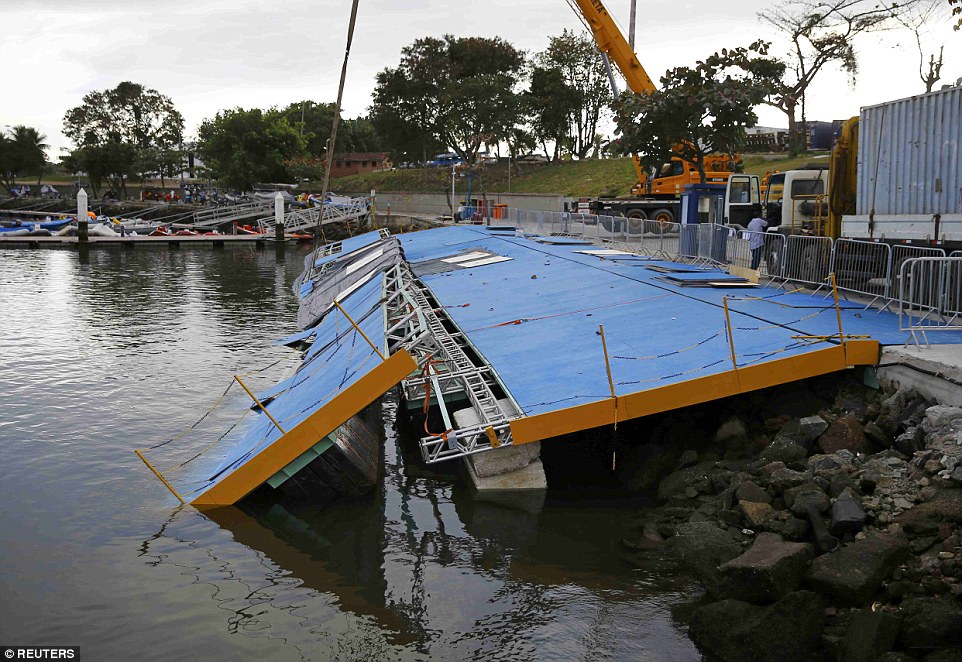 Filthy waters not fit for Triathlon and Swimming at Rio Olympics