In a family inspired by Triathlon, Edward Liew has come a long way in multi-sports, taking after his father and sister. Young Edward stands at 10 years of age, he recounts the recent Ultra Aquathlon in Malacca where he took part in the Junior category with a 300m open water swim and 2km run.

Starting at my first aquathlon in the sea, I was pretty nervous. In this race, I would be disadvantaged as I was competing with boys up to 5 years older than me. We travelled from Kuala Lumpur to reach Malacca on race day morning. Upon arrival, I prepared my stuff at the transition area and proceeded to the beach to wait out another 2 hours till my start time. I started warming up with my teammates when the sprint category started. 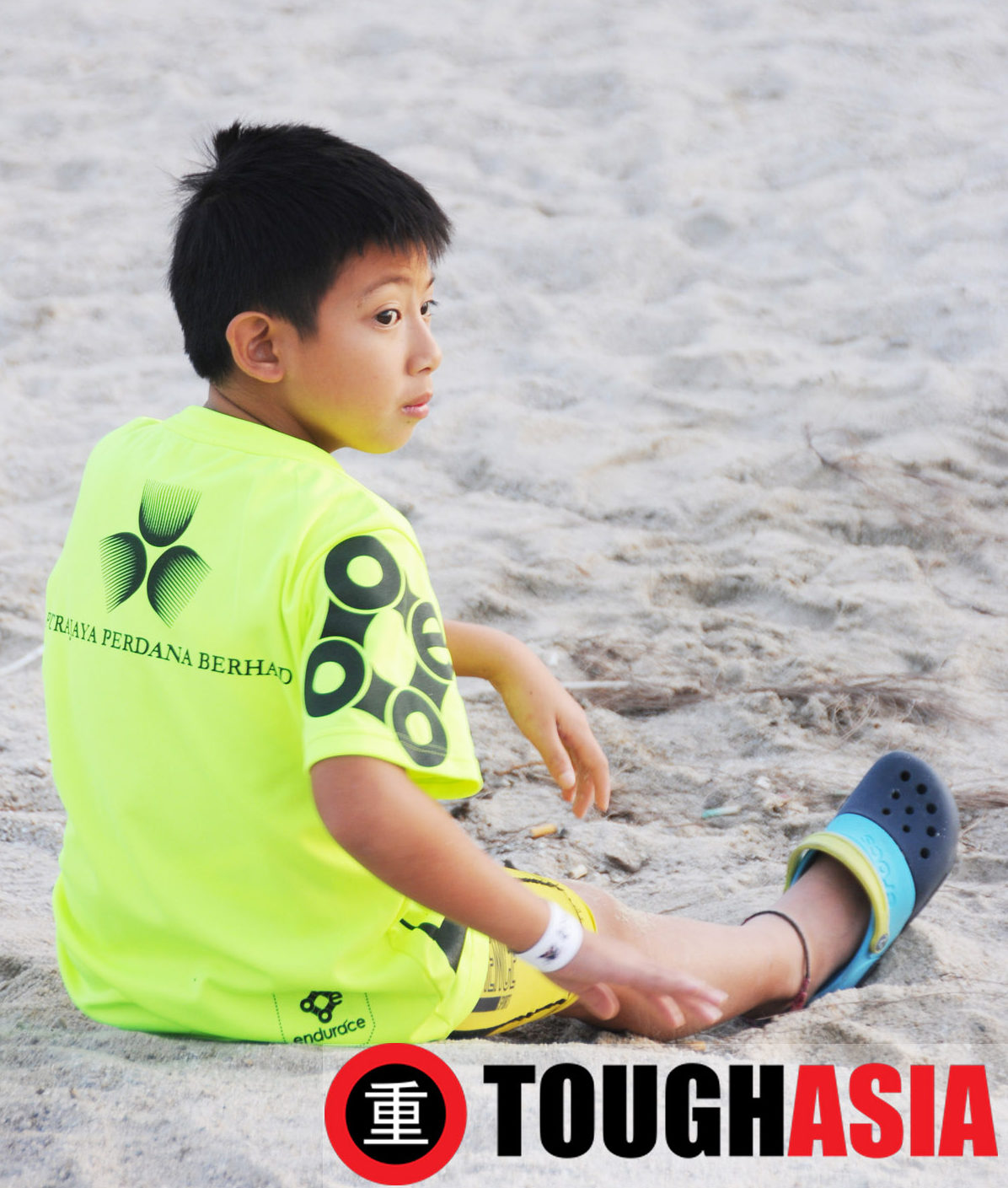 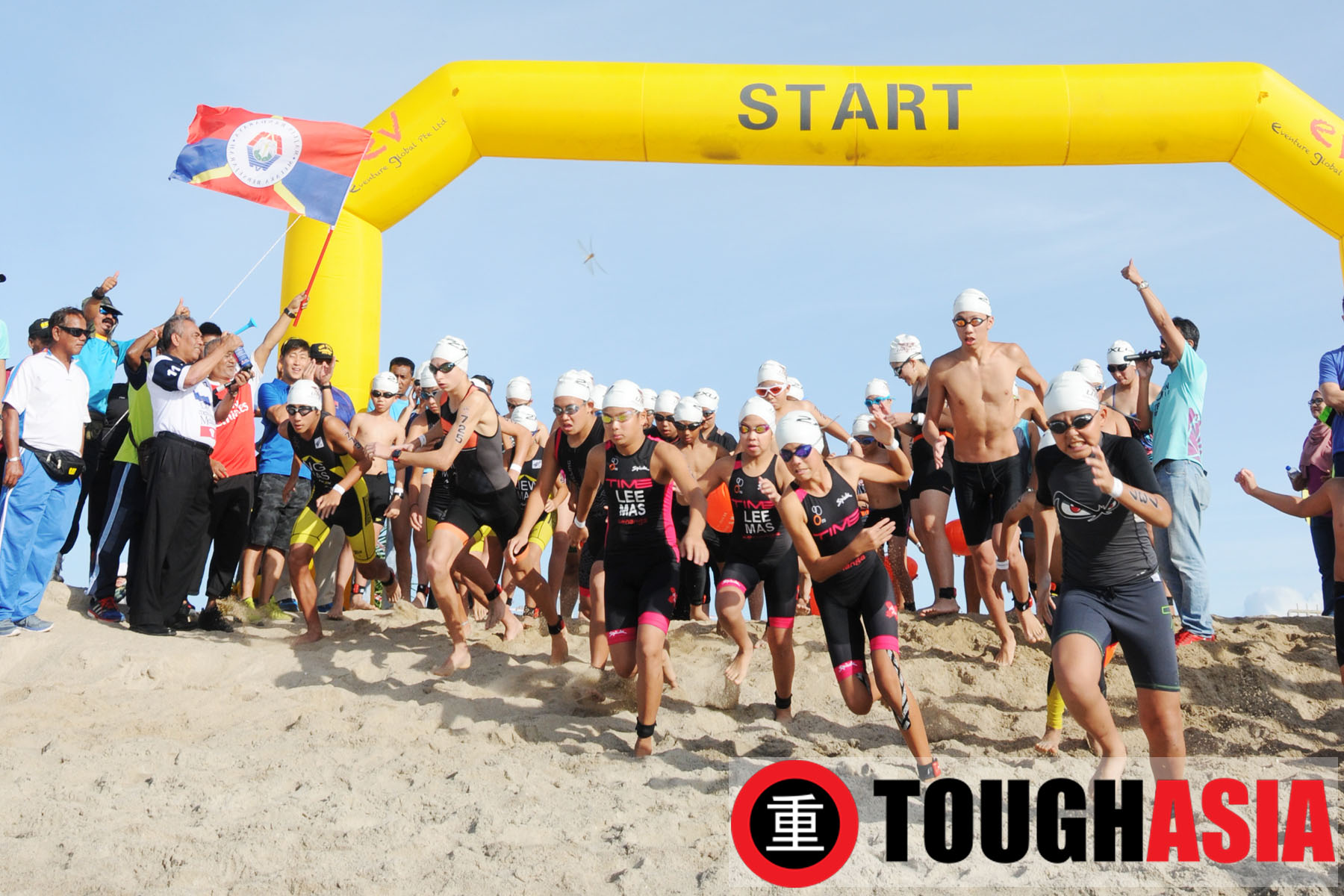 Feeling tense on the start line, I looked around me for quite some time while listening to the briefing and visualized it. As the countdown began, my heart was pounding loudly and we’re off! I tried running in front and jumped into the water.

My world began to swirl as I thrashed my hand and legs everywhere trying to get an advantage in the swim even though I am not a swimmer. I swam as fast as could and after turning round 2 corners I finally was turning back to shore.

I couldn’t tell when to get up to start running to shore, so I got up but it was too early. I remember someone signalling me to swim more, so I did that and after about 5 meter I got up and ran between the 2 buoy that was on shore. Running quickly to the transition area I put on my race belt and shoes, that was when I saw my sister, Angie. Although I was confused on why my sister was still at the transition area when I entered, I still tried to exit the transition area quickly.

Soon after she left, I left. I was very tired on the run but I gave it my all, luckily the run course was quite simple, it only had 2 turns and 2 more turns after the roundabout. I could see a girl in my category ahead of me so I tried to increase my speed to catch up with her.

When I reached the roundabout the Race Marshalls offered me something yellow which I didn’t know what it was, so I said ‘no thank you’. I then realized that it was a hair band to notify that you have passed the roundabout.

Shortly after turning the roundabout I overtook the girl I saw earlier. I ran some more and saw my sister in the distance with a few people, as I tried catching up to them it soon was noticeable that I was too late, the finished line was right in front of them. I still sprinted across the finish line just for the faster timing and having a great finish.

After playing in the ice tubs at the finishing area, I went to collect my finisher shirt and checked my position. I finished 11th overall and placed 8th for my category. This was a great Aquathlon experience and I give thanks to Andy for hosting this well planned and fun Aquathlon. 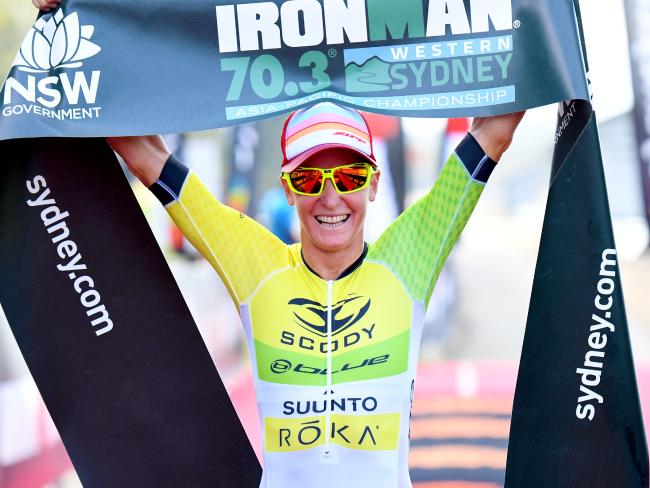 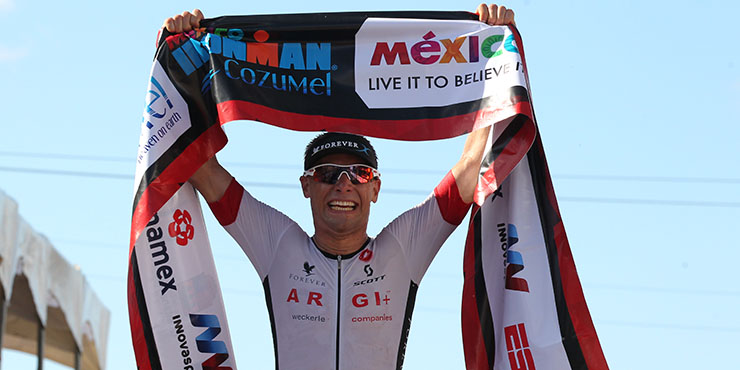