While Daniela Ryf (SUI) set a race record in 8:51:50 in Zurich, the 36-year old race legend Ronnie Schildknecht (SUI) celebrated his ninth win in 8:17:04. Both champs highlighted a great anniversary race on a brand new course including a marathon which led athletes into the heart of the city for the first time in history.

“My strategy was to go easy but Celine [Scharer] was going so good in the swim, I just had to follow. On the bike, I decided to go hard then, and on the run you can’t go easy when there are so many people,” said Ryf after the race.

Ryf’s words were a perfect description of a fast and furious race she had signed-in only four days before. Shortly after the start the 29-year-old top favourite embarked on a great journey together with her Swiss colleague Celine Schaerer. Her compatriot had the best swim split in 53:14 two seconds ahead of Ryf, but the reigning IRONMAN and IRONMAN 70.3 world champion then hammered away on the bike. Thanks to the best bike split by far, Ryf came off the bike with a lead of 21 minutes over Emma Bilham (SUI).

Ryf ran a 3h:07m marathon which led her to a thrilling victory. She smashed the race record in 8:51:50 by more than 8 minutes taking an impressive win. Two years after she won her first IRONMAN here in Zurich, Ryf had the 10th fastest time overall.

Eight-time champion Schildknecht takes over on the run

In the men’s race, Balasz Csoke (HUN) took over the early in the swim along with the strong Swiss swimmer Manuel Kueng. On the second half of the swim Csoke set the pace to exit the water in first place after 49:53. Kueng was 48 seconds behind while a bigger chase group including favorites like Germany’s Timo Bracht and last year’s runner-up Jan van Berkel was already three minutes behind.

Eight-time champion Schildknecht lost almost six minutes in the water, but started on the tough and scenic bike course like a professional time-trialer making up a lot of ground on the first and flat 30 kilometers.

When the men’s leaders passed the first timing after 32 kilometers, he had already downsized the gap to 2:40. Through 60 kilometers, Schildknecht caught up with the lead group of eight including Bracht, two other strong Germans, Markus Fachbach and Roman Deisenhofer, and three Swiss Kueng, van Berkel and Philipp Koutny. Surprisingly Deisenhofer made a break away with 60 kilometers to go and got off the bike with a lead of almost 5 minutes.

Into the run, Schildknecht ran into first place shortly before the half marathon mark and never gave it away again.

“I realized my win with two kilometers to go, and I was full of emotions,” said Schildknecht later.

“It’s a sensational moment, it is absolutely not normal for me to win here even if people may think that. This is a little IRONMAN world championship for me.” 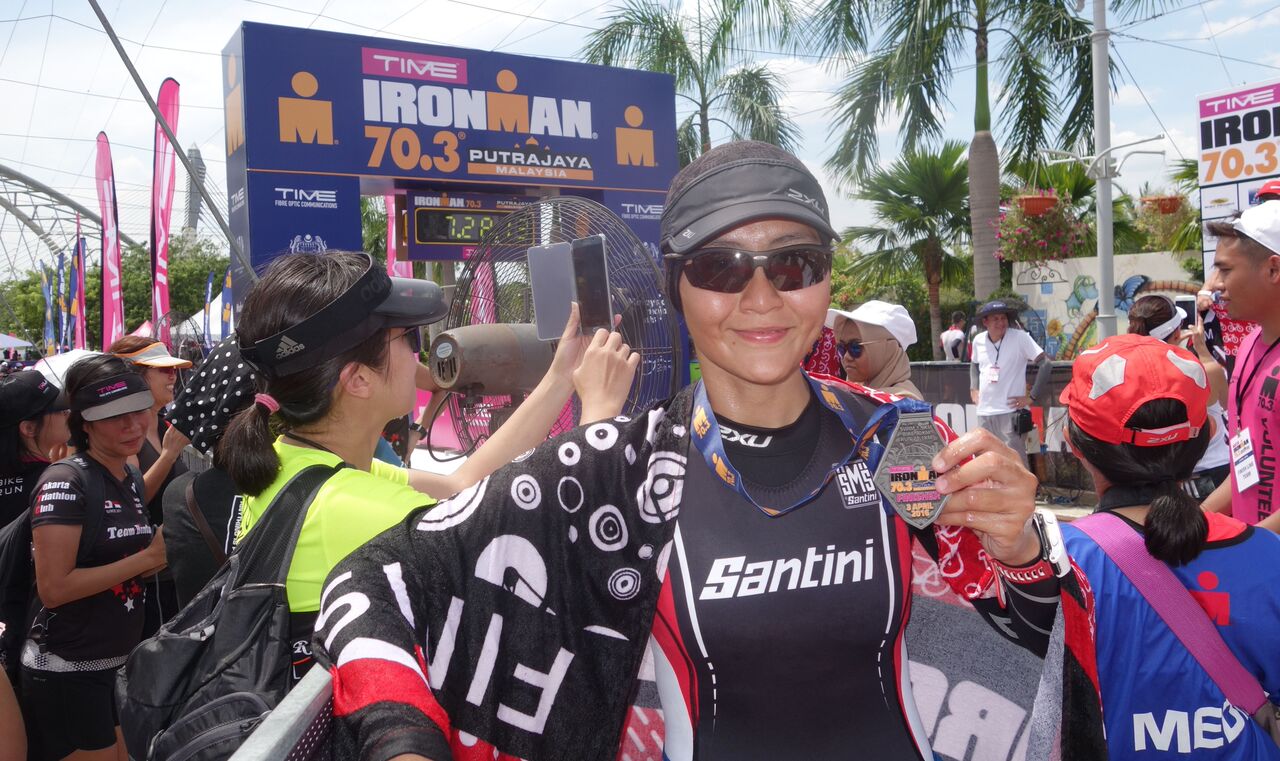 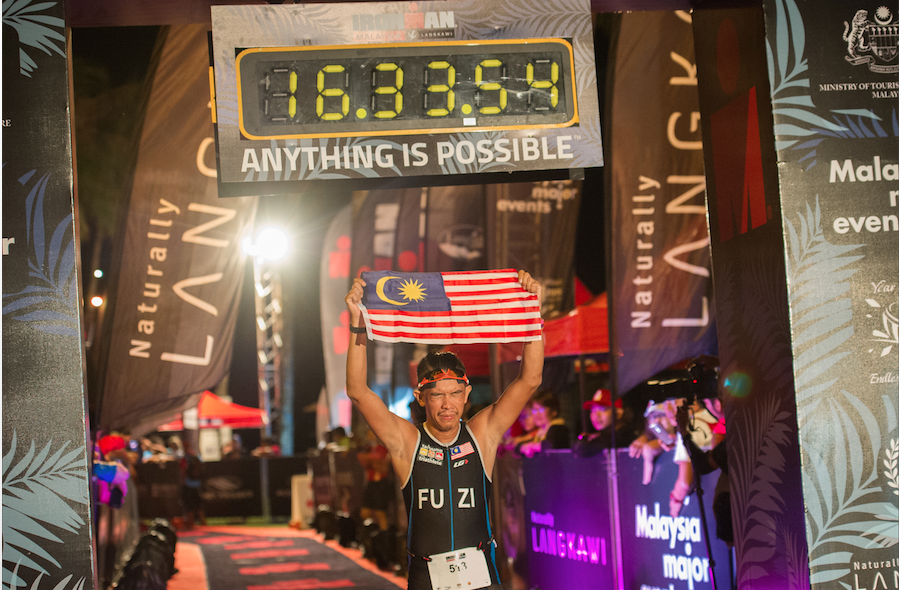 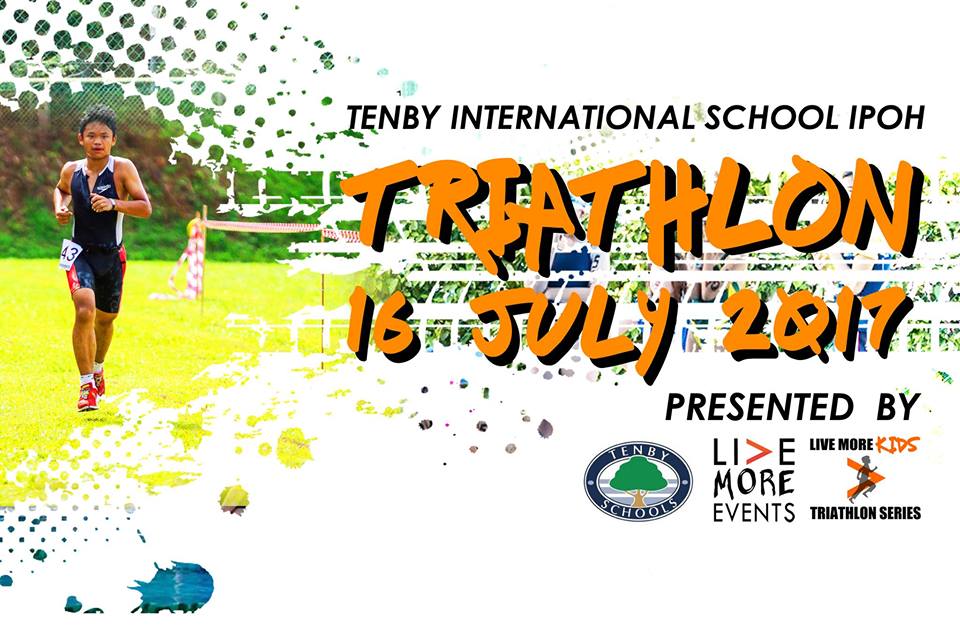 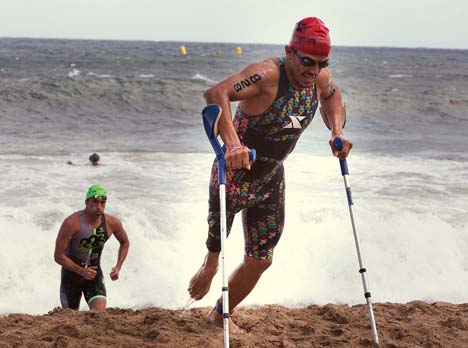