Triathlon history has been made in Singapore today with British stars Beth Potter and Alex Yee taking the first ever esport triathlon World Championship titles.

However, the British pair did not have it all their own way in the heat, humidity and rain of southeast Asia at Arena Games Triathlon Singapore powered by Zwift. Hungary’s Zsanett Bragmayer and Hayden Wilde of New Zealand powered their way to the event wins, however the Brits survived the scare to top the final standings.

POTTER AND BRAGMAYER DO BATTLE

In the women’s event, the three-stage triathlon saw 30-year-old Potter and Bragmayer, 28, duke it out for victory from the starting horn in Singapore’s Marina Bay. The open-water swim was the first world-class event hosted in the Marina Bay Reservoir.

Those results left the Stage 3 victory and the day’s overall title coming down to the last 200m open-water swim, 4km bike and 1km run. The duo would be inseparable on the swim and bike, before Bragmayer achieved the rare feat of overpowering Potter on the final 1km run to land a major victory. Georgia-Taylor Brown (GBR) would round out the podium on a day when the British Super League regular, Jess Learmonth, would drop out due to a hip injury on Stage 1’s run leg.

Combined with her silver from Singapore, Potter’s Arena Games win in Munich and second place in London would lead to her being crowned the 2022 World Champion, however. “I was in a world of pain, but I gave it everything,” said the Scot at the finish as she made Super League Triathlon history and secured her first major title of 2022.

TWO RACES IN ONE

“I came here to race the best that I could, and I’ve been rewarded for my performances here [and in London]. My swim has been a massive project for me this winter and I’ve worked meticulously on it, so I’m really pleased that it paid off.” said Yee on making triathlon history.

The men’s event, the climax of the Arena Games Triathlon season that has also visited Munich and London in Europe, again saw two races for the price of one. Both the 2022 World Championship crown and the Singapore Arena Games Triathlon titles were on the line, with Alex Yee and Germany’s Justus Nieschlag vying for the former, a field of 10 international contenders for the latter.

Both titles would go down to the wire and the final of today’s nine triathlon stages. That final 1km treadmill run would witness New Zealand’s Hayden Wilde power to the Singapore title, with Yee holding off a chasing Nieschlag to take the 2022 esports World Championship title. France’s Aurelien Raphael would take 2022 bronze.

While Yee will relish his world title, New Zealand’s Hayden Wilde was the star of the men’s event. The Kiwi outpaced Yee on Stage 1’s final run leg before both he and Yee were overpowered by Germany’s Justus Nieschlag putting on the afterburners to take the Stage 2 win by just 1 second in an enthralling and rare triathlon swim sprint finish.

Stage 3 would really be the Wilde show, though, the 24-year-old taking control on the 4km bike leg, his watts reaching 370w as Yee evidently suffered in his Zwift slipstream. By T2, Wilde’s lead was 15secs over Yee and Nieschlag. Wilde would hold off both Yee (10secs behind) and Nieschlag (27secs) to deliver a major statement win, Yee another major title. With their careers in the ascendency, today won’t be the first time that the 24-year-old’s battle for major triathlon honours.

“I love racing on the edge of my seat, and a big shout out to the crowd for coming out and supporting even though it was bucketing down,” said Wilde at the finish.

“I was actually hoping it would be a bit hotter than it is, but the sun gods didn’t come out! A massive kudos to Alex as well.” 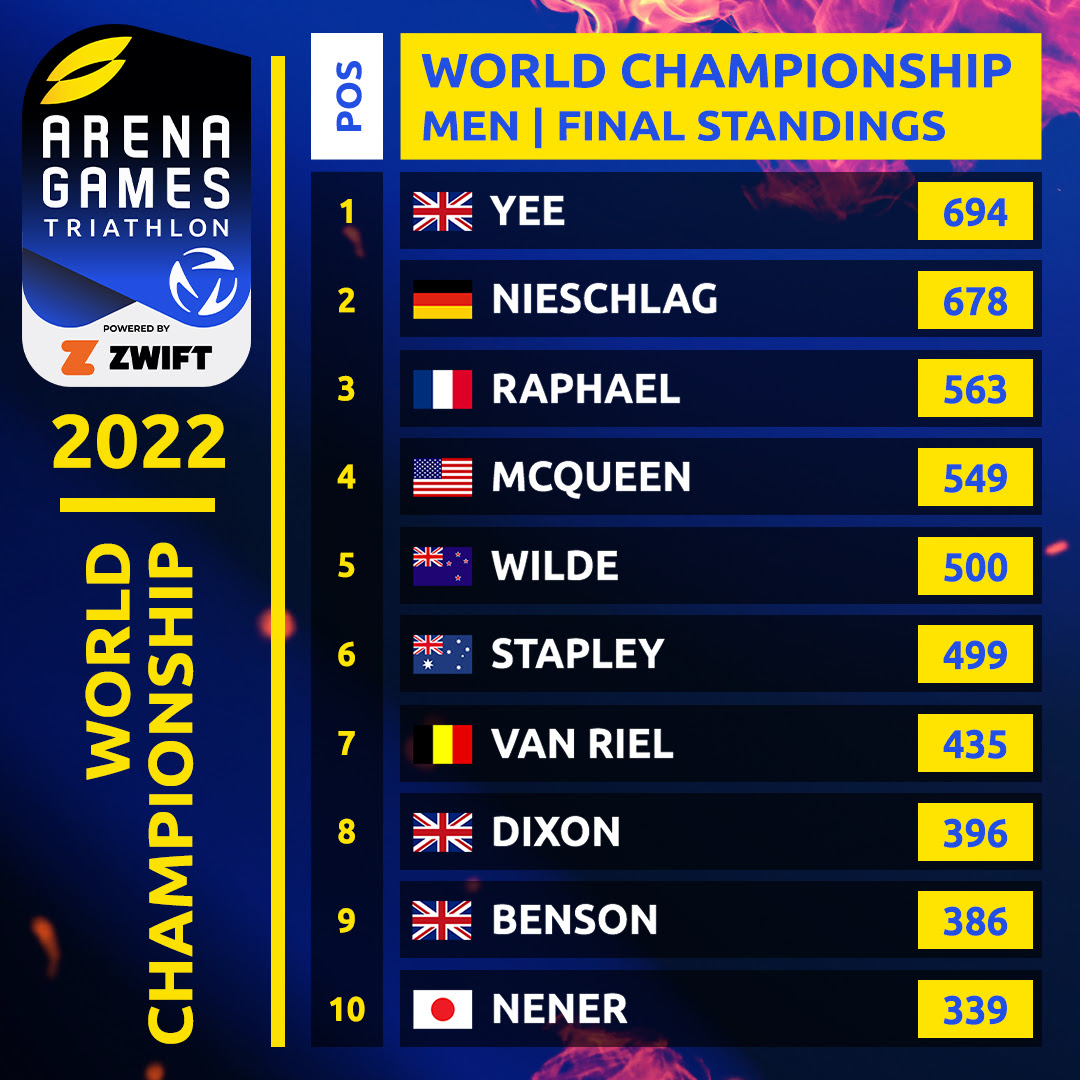 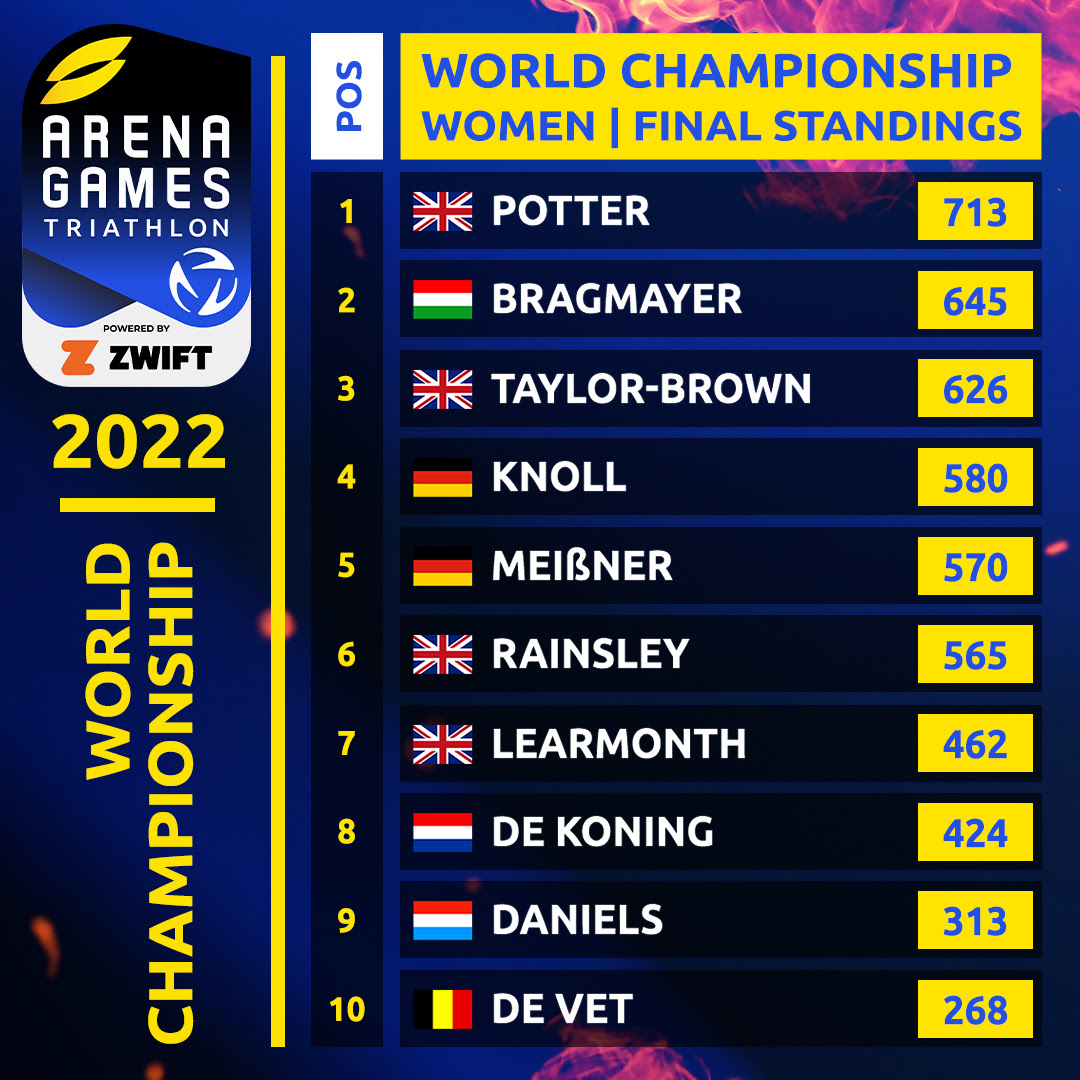 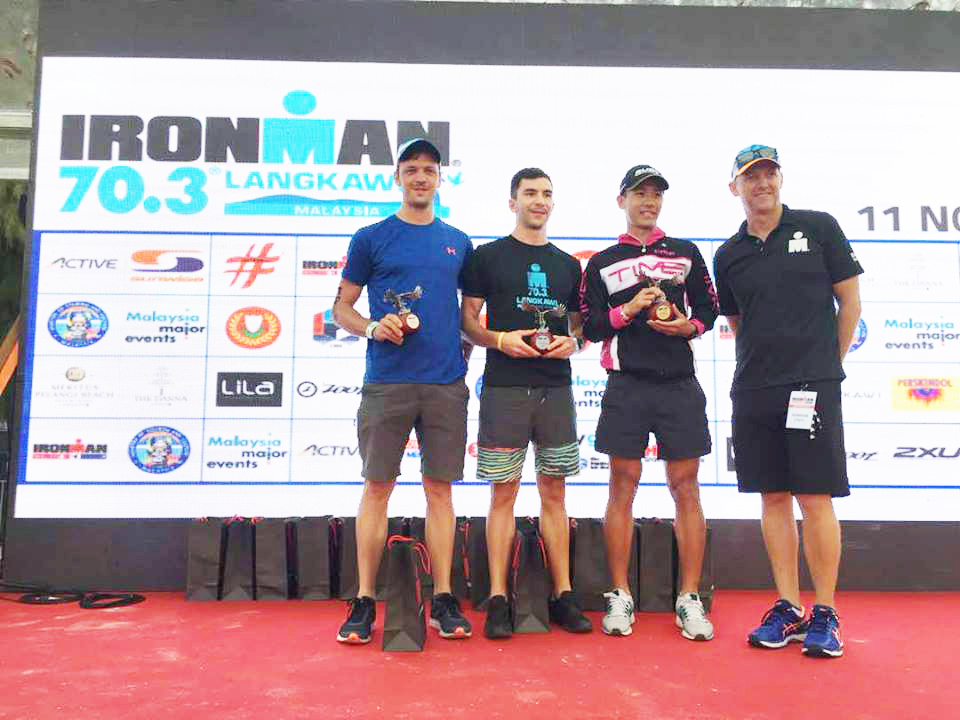 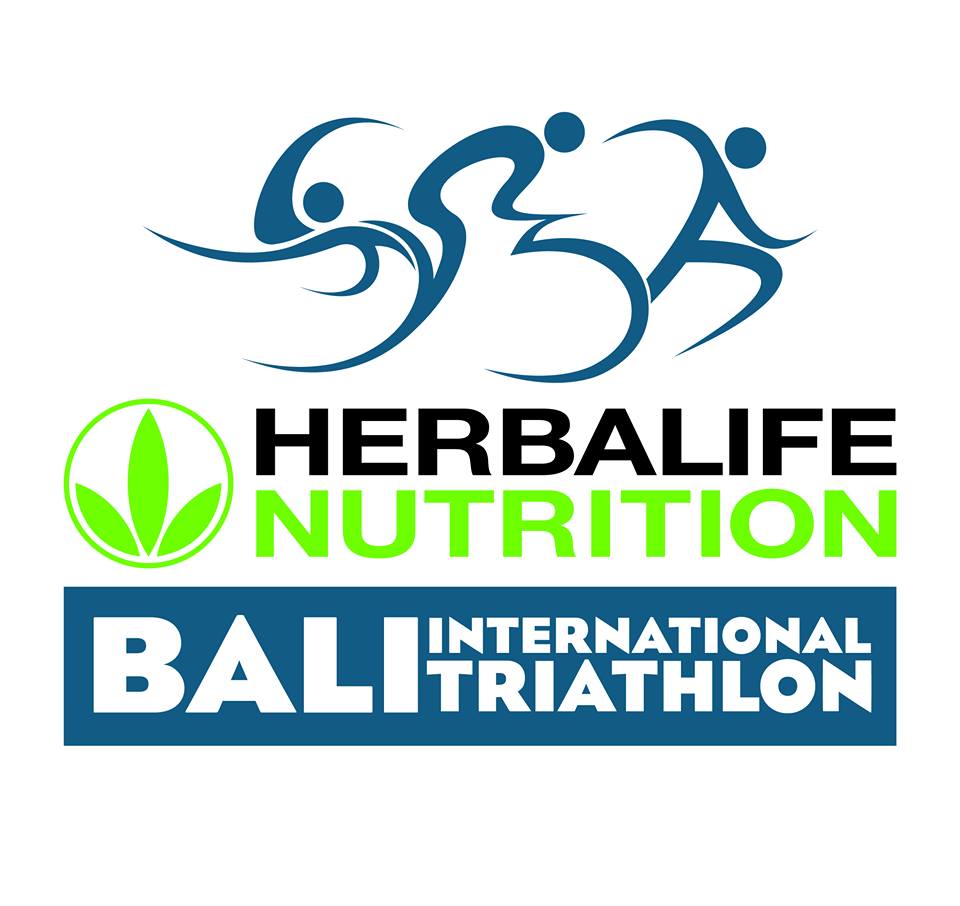 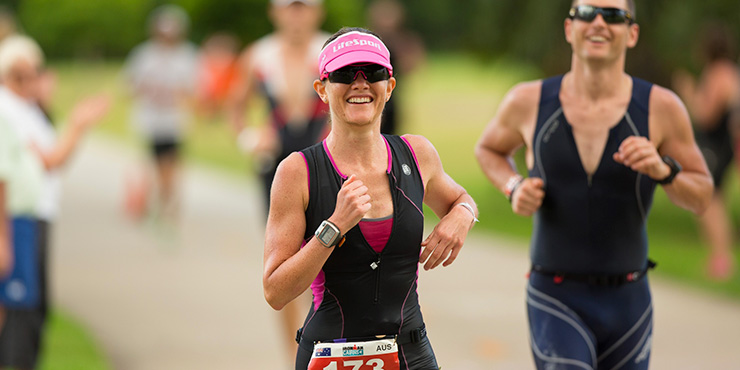 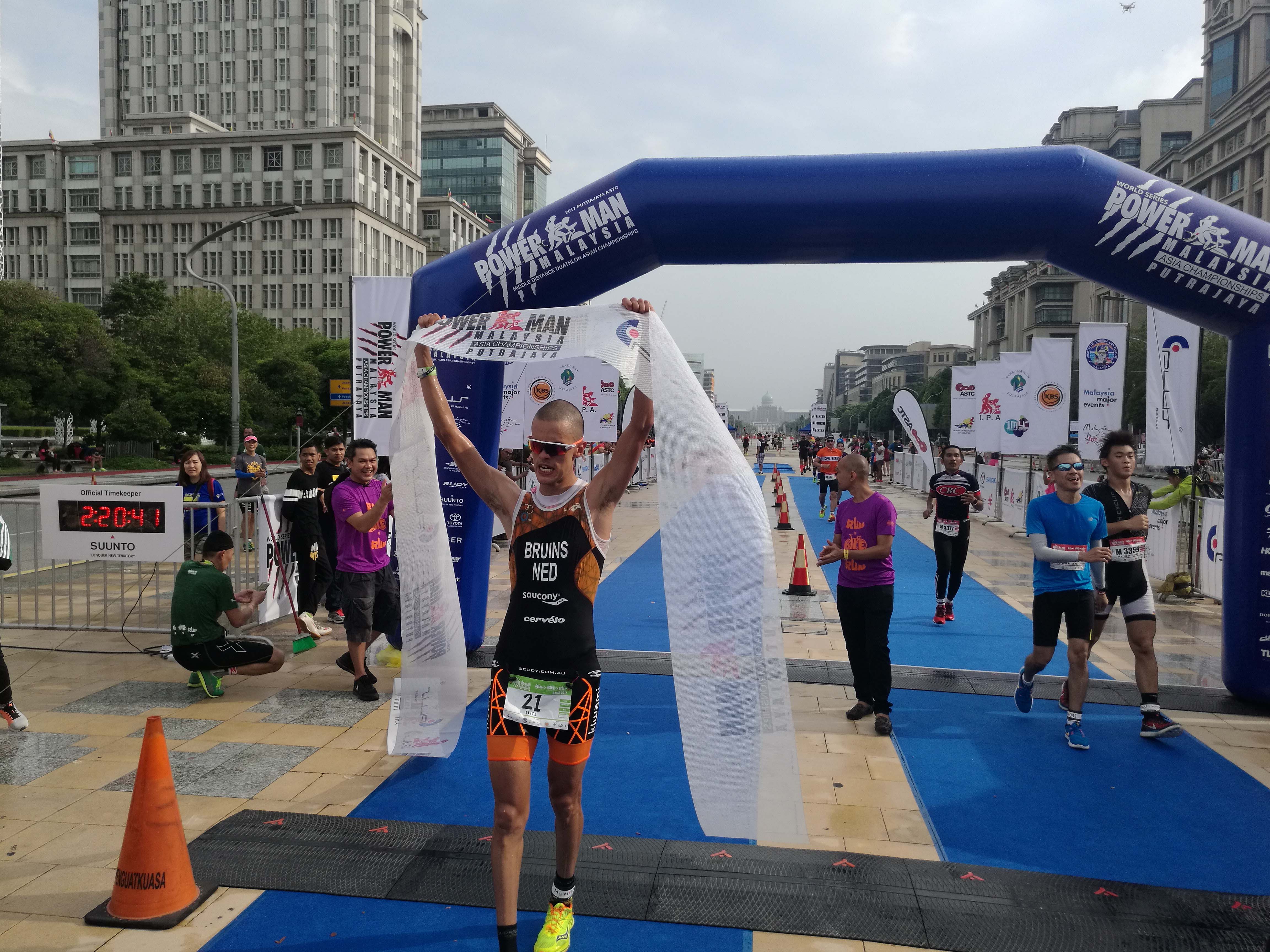